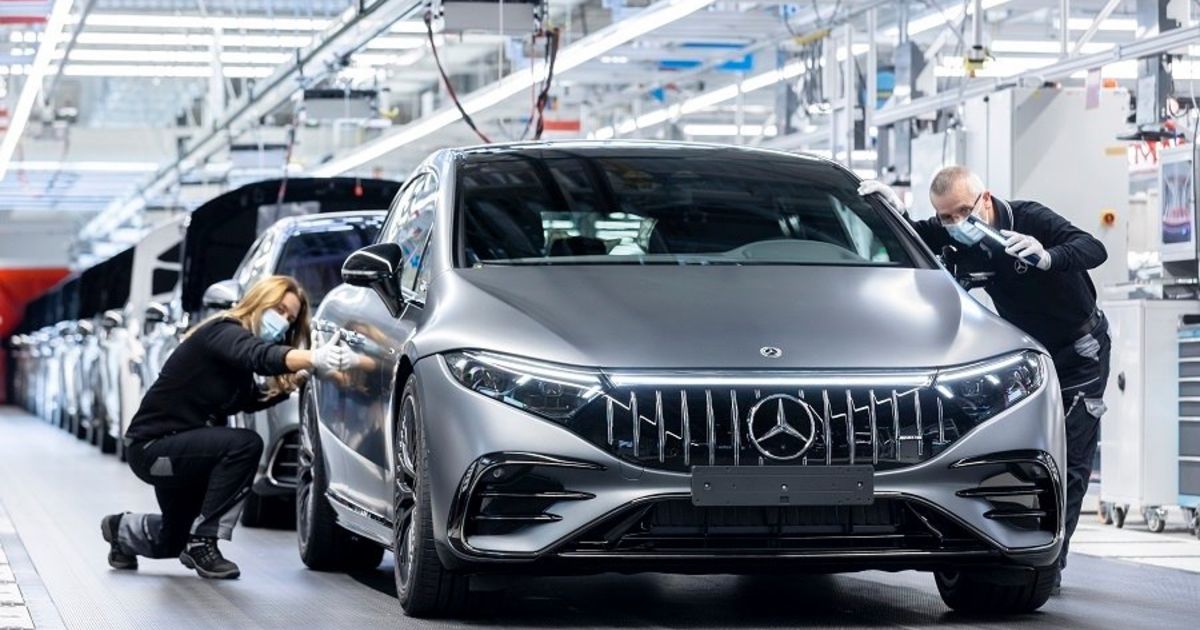 BERLIN — Mercedes-Benz Group said its German plants are running even though the automaker has been forced to make some shift adjustments at its home plant in Sindelfingen plant due to supply chain disruption caused by Russia’s invasion of Ukraine.

Sindelfingen, which builds the automaker’s flagship sedans, the S-Class and EQS, along with the E-Class is continuing to operate despite parts shortages, a Mercedes spokesperson told Automotive News Europe in an emailed statement.

Mercedes declined to comment on which individual model lines had been affected.

Mercedes is in close contact with its suppliers “in order to work intensively together on solutions to secure our supply chains,” the statement said.

This also includes the relocation of production volumes to other locations of their suppliers.

“The situation is being reassessed on a daily basis,” the statement said. “The high flexibility of the plants will also be used to avoid downtime as much as possible.”

The automaker has so far weathered the supply bottlenecks for cable harnesses and other parts relatively smoothly.

Its German plants in Rastatt and Bremen are running largely without problems this week, according to a report in Automotive News affiliate Automobilwoche.

Like its rivals BMW and Volkswagen, Mercedes mainly sources cable harnesses from suppliers in the Ukrainian plants including Leoni.

Leoni employs around 7,000 people in two production facilities in Ukraine, who are currently working under extremely difficult conditions.

The supplier is ramping up production of wire harnesses at its two plants in Ukraine — with workers operating under a nighttime curfew and the risk of rocket attacks.

Since the beginning of the war, only 40 percent of the usual production has been achieved, according to the report in Automobilwoche.

“We now expect to be able to use about 60 to 70 percent of our capacity from Ukraine again with the two-shift system,” Leoni CEO Aldo Kamper recently told the publication.

Capacities are also being shifted to other plants in Romania, Serbia or North Africa, he said.