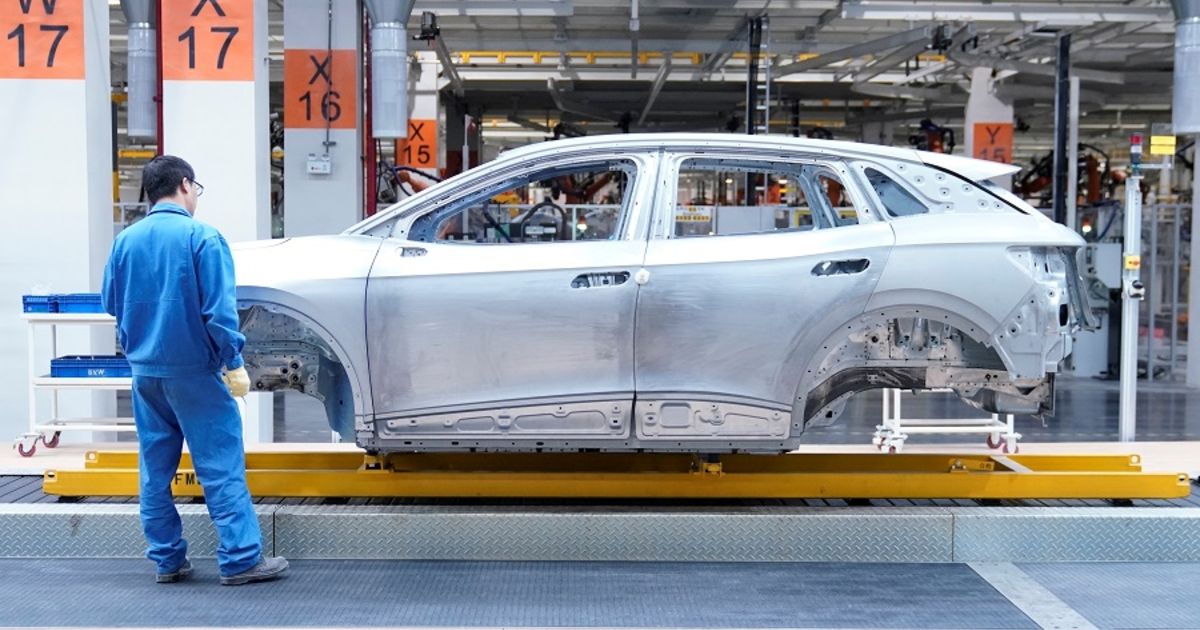 SHANGHAI — Volkswagen asked staff at its Shanghai plant to prepare sleeping bags and yoga mats so they can deploy a system that allows the automaker to continue to operate despite parts of the Chinese city being under a strict COVID-19 lockdown.

The arrangement will enable the plant, which VW runs with local partner SAIC Motor Corp., to run a so-called closed loop system when the west of the city is locked down for four days from April 1 for a mass testing blitz, people familiar with the matter said.

Workers were informed about the plan in a company message Wednesday, according to the people, who asked not to be identified because the information isn’t public. They were also asked to bring two weeks’ worth of medicine for ailments such as colds and conditions like high

The arrangement is still being worked out alongside Shanghai government requirements and it’s not clear whether VW will be able to execute it, the people said.

VW’s plant is located to the west of the Huangpu River running through Shanghai — the side that will be locked down for testing from Friday.

VW said on Wednesday it will partially shut production at the Shanghai factory on Thursday due to lack of parts from suppliers. It did not provide further details on the situation at the plant.

China started allowing closed loops for some factories during a lockdown of the tech hub of Shenzhen earlier this month as a way of minimizing the economic hit.

Tesla is said to have halted work at its plant on the eastern side of the river for four days until April 1.

VW will organize rapid antigen tests for its workers on Thursday and only those who return negative results will be allowed into the plant, according to a screenshot of the notice seen by Bloomberg.

A Volkswagen China spokesperson said the company is still waiting for information and couldn’t immediately confirm the information.

VW’s China deliveries slumped 14 percent to 3.3 million vehicles last year, missing the company’s target partly due to lockdowns in Ningbo and Tianjin, where it also has manufacturing plants.

“We have to adjust our production programs more or less weekly, depending on what we are getting as supplies on a global basis, and what difficulties we have to deal with on a local basis,” VW China CEO Stephan Wollenstein told reporters in Beijing in January.

China deployed a large-scale version of the closed-loop system for the Winter Olympics in Beijing. It kept all athletes and support staff completely separate to the local population, preventing any virus transmission.

China continues to adhere to a zero-tolerance approach to the virus, with effectively closed borders, mandatory quarantines and mass testing to root out cases key tools in their arsenal. The COVID Zero strategy — which

Hong Kong says it also still maintains, despite thousands of infections — is being increasingly challenged by more transmissible variants, especially as the rest of the world opens up.

Shanghai reported a record 5,982 new COVID cases on Wednesday, small by global standards but significant for a country that lived for long stretches infection free after eliminating the virus in original epicenter Wuhan.

Some 71 million people in China are now in or facing lockdown, after the nation ramped up its defense against COVID in recent weeks.