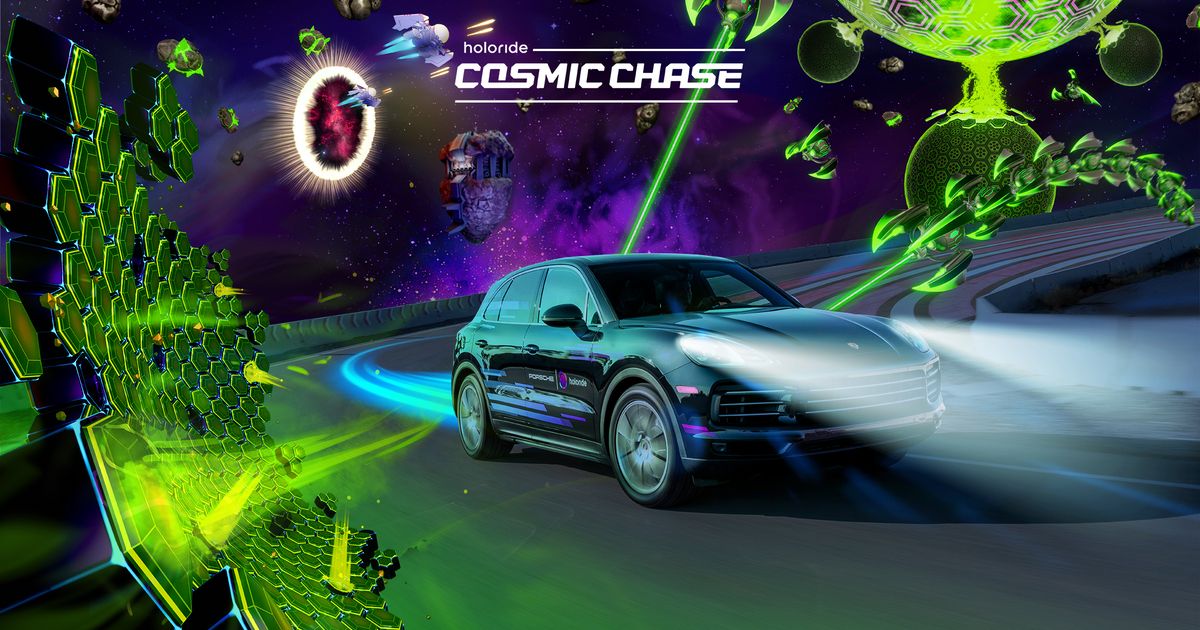 Porsche is looking to advance itself in the world of in-vehicle entertainment — at least at its in-house playground in Southern California. It’s now offering a virtual reality gaming experience — for passengers, not drivers — at its Porsche Experience Center in Los Angeles.

The program, created in collaboration with the tech startup Holoride is centered on an original interactive game, called Cosmic Chase, developed in partnership with the Pennsylvania-based company, Schell Games.

To participate, riders are driven around PEC’s track in a Porsche Cayenne by a trained driver while being immersed in an intergalactic VR experience where they battle an alien to tally up points as the vehicle makes its way around the course.

The Holoride technology, which fuses digital and real-world experiences, operates through a wireless connection to the vehicle — via a personal device — and combines navigational and car data to create immersive location-based experiences with the use of VR headsets.

The collaboration between Porsche and Holoride started in 2019 as part of Startup Autobahn, Europe’s biggest innovation platform, building on their connections to the Volkswagen Group. Porsche is part of the group, as is Audi, from which Holoride was spun off.

“Since Porsche is building these Porsche Experience Centers around the world, they said, ‘OK, this is a very nice offering to expand to other target groups because a lot of people that come here bring their family,'” explains Nils Wolly, CEO and co-founder of Holoride. “The idea came up (to) apply something specific to Porsche tracks, using the dynamics of a Porsche … (with) a trained driver taking you around the track. It’s like a thrill ride.”

Visitors to the Los Angeles PEC can book the Holoride VR experience for $49 per ride, per passenger.

News of the Porsche Holoride experience follows an announcement by Audi at SXSW that it will begin offering a Holoride VR system in select models starting in June.

Holoride has also collaborated on pilot programs with Ford, Mercedes-Benz, EvoBus and Hyundai.