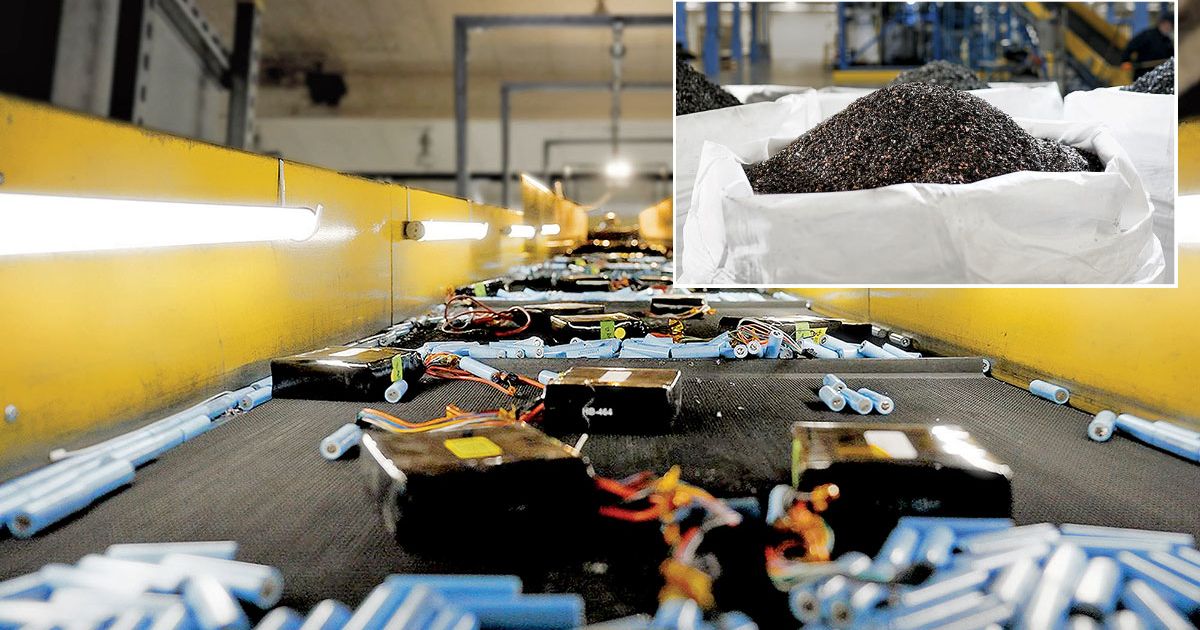 A new recycling industry, with the technology to break down end-of-life lithium ion batteries and prepare the rare metals they contain for reuse, is taking shape to support a sustainable North American electric vehicle supply chain.

Recycling is not just an environmental move — it is a cost issue, said Tim Johnston, co-founder and chairman of Toronto-based Li-Cycle Holdings Corp.

“Once the materials are pulled out of the ground and refined, it’s much more efficient to recycle them than it is to mine more materials.”

The emerging business sector may never fully eliminate the need to extract new metals, but it will bring the industry closer to helping EVs live up to their promise of running clean.

“The ultimate end point is that we should be able to get to about 90 percent of those raw materials from a recycled source,” Johnston added. But it will take time — and the technology of recycling has not yet been put to the test on the scale that will be needed.

Li-Cycle, which is among North America’s leading battery recycling companies, relies on a method that consists of two main steps: shredding and hydrometallurgy.

During the initial stage, end-of-life lithium ion batteries of all sizes — from those in Apple AirPods to those that power EVs — are shredded, yielding plastic, metallic foils and a substance known in the industry as black mass.

A soil-like blend of materials, black mass is composed of valuable graphite, nickel, lithium, cobalt and manganese that allow a battery to store energy.

Li-Cycle is working to build a network of shredding facilities across major North American markets to process batteries scrapped locally. These “spokes,” as the company calls them, will then feed black mass to a centralized plant capable of separating the mix of battery minerals into its constituent parts.

At the company’s “hub,” under construction in Rochester, N.Y., black mass will run through a multistage hydrometallurgy process that includes dissolving the mix of metals in a solution, leaching and purification. Ultimately, the process isolates key elements, such as lithium carbonate, nickel sulfate and cobalt sulfate, readying them for reuse in new batteries.

“There’s no difference between the materials we produce and what the mining industry produces,” Johnston said. “There’s no need for blending or substitution.”

Other startups are working on their own broadly similar recycling methods to close the loop on North America’s battery supply chain.

Redwood Materials of Nevada, launched by Tesla Inc. co-founder J.B. Straubel in 2017, is scaling up its recycling operations that also employ hydrometallurgy.

Once the recycled materials are integrated into new battery cells, the cycle can begin anew.

Over years of use, the new batteries will slowly deteriorate toward end of life, at which point they will again be handed off to recycling firms capable of breaking them down and extracting the key metals for reuse.