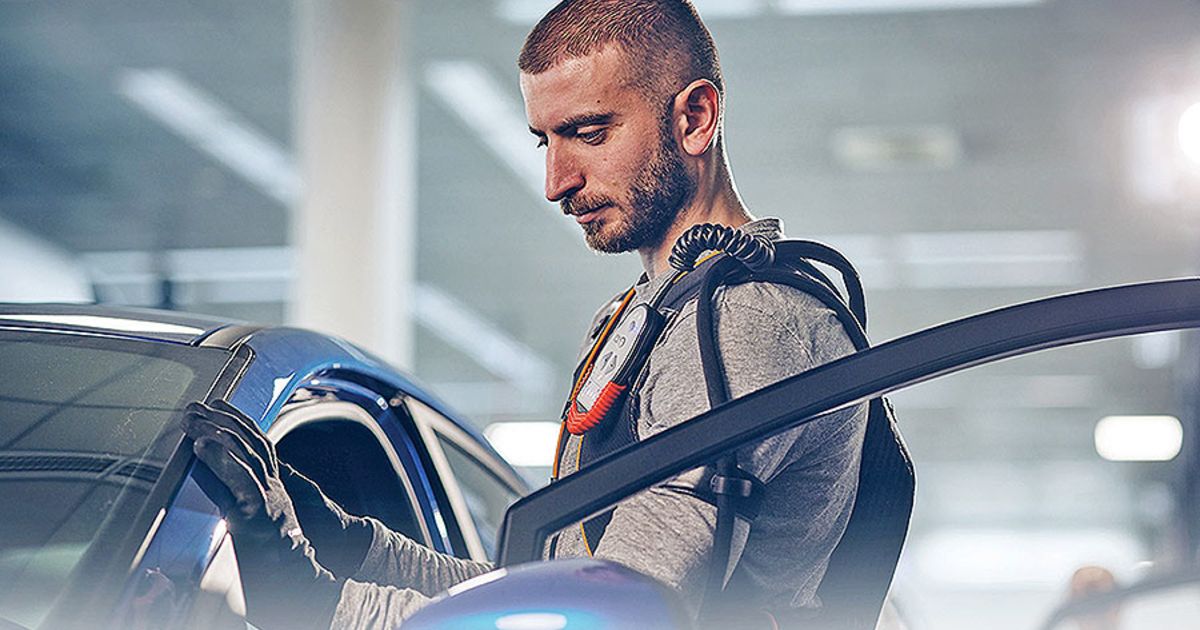 Work done by General Motors and NASA has led to the creation of robotic, grip- strengthening gloves that the space agency says could help both astronauts and assembly-line workers on the job.

Ironhand, as the glove is called, was named a NASA commercial invention of the year in 2020 and was the result of years of work stemming from a collaboration between NASA and GM. The technology was highlighted in NASA’s annual Spinoff report, which spotlights technologies developed by the space agency that have terrestrial, commercial applications.

The glove was recently commercialized by Swedish wearable systems company Bioservo Technologies, but the groundwork had been laid as far back as 2006. That year, GM and NASA signed an agreement for the construction of a robotics system, with the goal of better understanding how robots and humans could work side by side.

GM and NASA engineers quickly discovered that they could remake the finger actuator drivetrain on the robotics system they developed into a wearable device.

For GM, that could mean relief for workers who become fatigued from doing tedious tasks on the assembly line all day, helping to make factories more efficient.

For NASA, that could mean astronauts having an easier go of it when working on spacecraft, as their gloves become highly pressurized in the vacuum of space.

The pressure inside the gloves can be about 4 pounds per square inch, enough to sometimes cause astronauts to lose their fingernails, said Ron Diftler, a previous project manager at Johnson Space Center in Houston.

“The person who’s wearing the astronaut glove is fighting that as they’re trying to maintain their grasp,” he said. “What if we could take this robot technology and augment the astronaut’s grasping ability so the task wouldn’t be so challenging?”

According to NASA, GM workers were working on prototypes of a glove by 2015, and the automaker was seeking a commercial partner to help refine the technology. It found that Bioservo was working on a similar technology designed to assist those with hand injuries.

Bioservo then licensed six patents from GM and NASA and began work on the Ironhand, with GM working on prototypes as they were built, according to the space agency. Companies including Airbus and General Electric were among others that tested the technology, NASA said.

Bioservo plans a commercial rollout of the glove in the coming years, recently signing on with two companies to distribute the device to U.S. manufacturers.

NASA was founded in 1958 with a directive from Congress to “disseminate its technology for the public benefit,” the agency says on its website. Diftler said the robotic glove is a prime example of that. “Not only can the glove help an able-bodied individual, there’s a very good chance that someone who has limited capabilities for one reason or another can use the glove and bring themselves back up to a more standard level of capability,” he said.

Here are some other technologies with automotive applications that NASA highlighted in its latest Spinoff report.

Since 2015, professional and amateur racers alike have used materials originally funded by NASA to be more comfortable and perform better during races. NASA had worked on “phase-change materials” technology in the 1980s that would allow material used in spacesuits to maintain a steady temperature.

While that technology did not wind up on any spacesuit used by astronauts in orbit, it did find its way into everything from sportswear to outdoor gear with Outlast Technologies, which acquired the relevant patent rights in the 1990s, NASA said.

In 2015, U.K.-based Walero began offering racing suits outfitted with Outlast’s technology. NASA said product testing showed that a driver wearing the suit had a lower temperature and heart rate and was less likely to make a mistake.

NASA has created an additive manufacturing system that it says can create parts that withstand temperatures “above 570 degrees.” Using “selective laser sintering,” composite parts are created that the agency says are 30 percent lighter than metallic components and can work at high temperatures.

Such parts could have use in high-performance electric vehicles, NASA said, as well as in sectors including aerospace, construction and the oil and gas industries.

NASA said it has developed a “temperature-sensitive coating” that, when painted onto a surface, can change color from a “reddish brown at room temperature to black-gray at 1,100 degrees.” It called the coating “inexpensive and easy to apply.”

NASA singled out automotive exhaust and engine thermal measurements as a potential application for it outside of the high-speed aircraft test facilities for which it was developed.

Lasers and oscillators developed by NASA researchers for use in atomic clocks and the agency’s Deep Space Network have begun to find their way into the auto industry, particularly in lidar systems.

According to NASA, technology that began at its Jet Propulsion Laboratory in California has been used by Strobe Inc. to create small lidar systems that can “rapidly change frequency” using only a resonator, helping to measure distance and the speed of surrounding objects. Strobe, which spun off from a company founded by a former NASA researcher, was acquired by GM-backed Cruise in 2017.