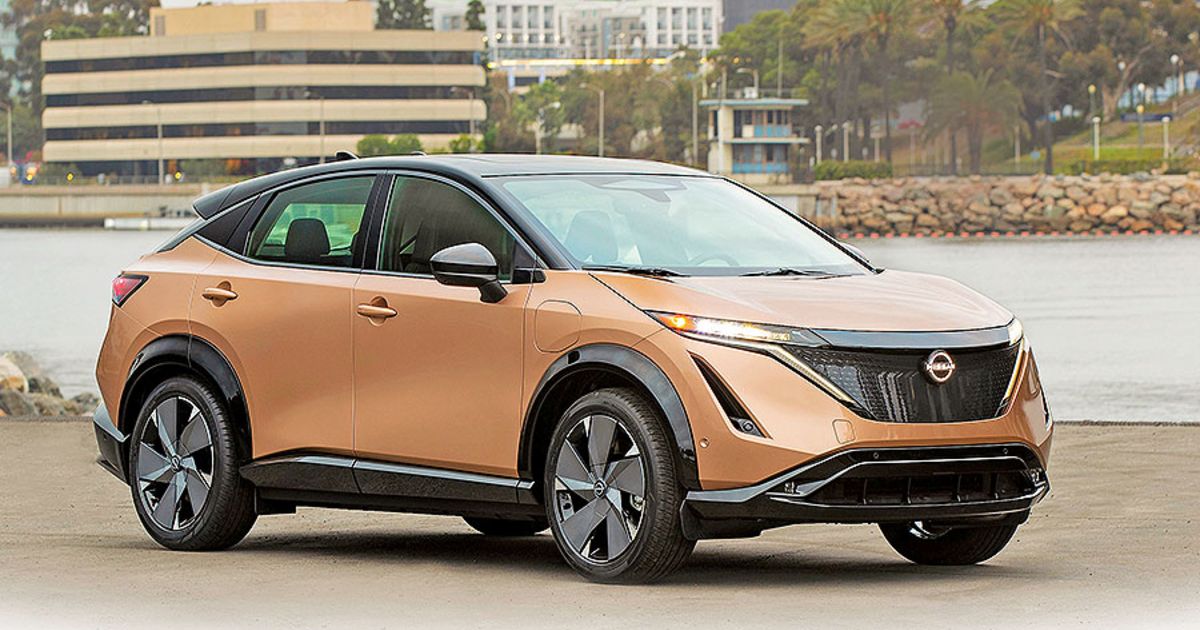 As Nissan gears up to launch a wave of pricey next-generation electric vehicles, the EV pioneer is turning to its dealers to share in some of the financial pain.

The Japanese automaker is considering a cut of 2.5 percentage points in dealer margins on the Nissan Ariya, a 300-mile electric crossover set to arrive in the U.S. this fall.

Under the new plan, retailers could receive 8.5 percent of the vehicle’s sticker price as a profit margin, dealers briefed on the matter told Automotive News last week. That’s less than the 11 percent margin Nissan dealers earn on combustion-engine models.

Nissan, which has not finalized the plan, told dealers the profit cut is needed to help offset R&D investments in EVs, the sources said.

“We are working closely with the dealer network to ensure that our programs deliver strong customer satisfaction and preserve the long-term financial health of our dealer partners,” a Nissan spokesman said.

Ever-tightening emission regulations are forcing the auto industry to accelerate toward all-electric fleets. But the shift is coming with hefty R&D outlays.

According to a Reuters analysis, global automakers plan to spend about $515 billion through 2030 on EVs and batteries.

But the dealer margin issue is considered the third rail in factory-retailer relationships. Automakers risk dealer network dissatisfaction by messing with dealer profitability.

The margin cut on the Ariya is “a concern,” said one Nissan retailer.

“I need to make more money on the sale of the EV because there will be much less long-term revenue from service and parts,” said the dealer, who asked to not be identified. “I need to see a bigger upfront margin to operate a dealership profitably.”

The demand to sacrifice margin is also occurring as automakers press dealers to invest tens of thousands of dollars in charging infrastructure and new equipment to sell and service battery-powered vehicles.

Nissan dealers, for instance, must invest between $30,000 and $70,000 in EV chargers, diagnostic equipment, vehicle lifts and training, one retailer said.

Ford dealers who sell the electric Mustang Mach-E invested $35,000 to become EV-certified. Meanwhile, General Motors has asked Cadillac and GMC dealers who plan to sell EVs to invest on average $200,000 in their facilities.

Terry Rodrigue, executive manager of Royal Nissan in Baton Rouge, La., said R&D costs should not affect retailers’ margins but be baked into the price of the vehicle.

“We should just charge more for the car,” said Rodrigue, who had not been briefed on the matter.

“It’s like a gallon of milk — if it costs more to get the milk on the shelf, you’re going to pay more for it.”

Nissan is not alone in taking the shears to dealer margins to help cover pricey investments in electrification.

Mercedes-Benz told U.S. dealers last year that it will cut their margin by half a percentage point, to 13 percent.

The German luxury automaker expects to invest more than $46 billion between 2022 and 2030 to develop EVs and become an all-electric brand in markets ready for the switch.

Automakers are “looking at every opportunity to offset that expense. The margin cut is one way to do so,” said Jeff Aiosa, owner of Mercedes-Benz of New London in Connecticut.

Nissan is making a nearly $18 billion global bet on electrification over the next five years, including developing solid-state batteries and delivering 15 battery-electric models by 2030.

“Technology drives EV sales,” said the Nissan dealer who wished to not be identified. “You’re not going to be able to sell an EV with 5-year-old technology.”

Nissan is considering trimming dealer margins on the new Ariya, a 300-mile electric crossover arriving in the U.S. this fall.