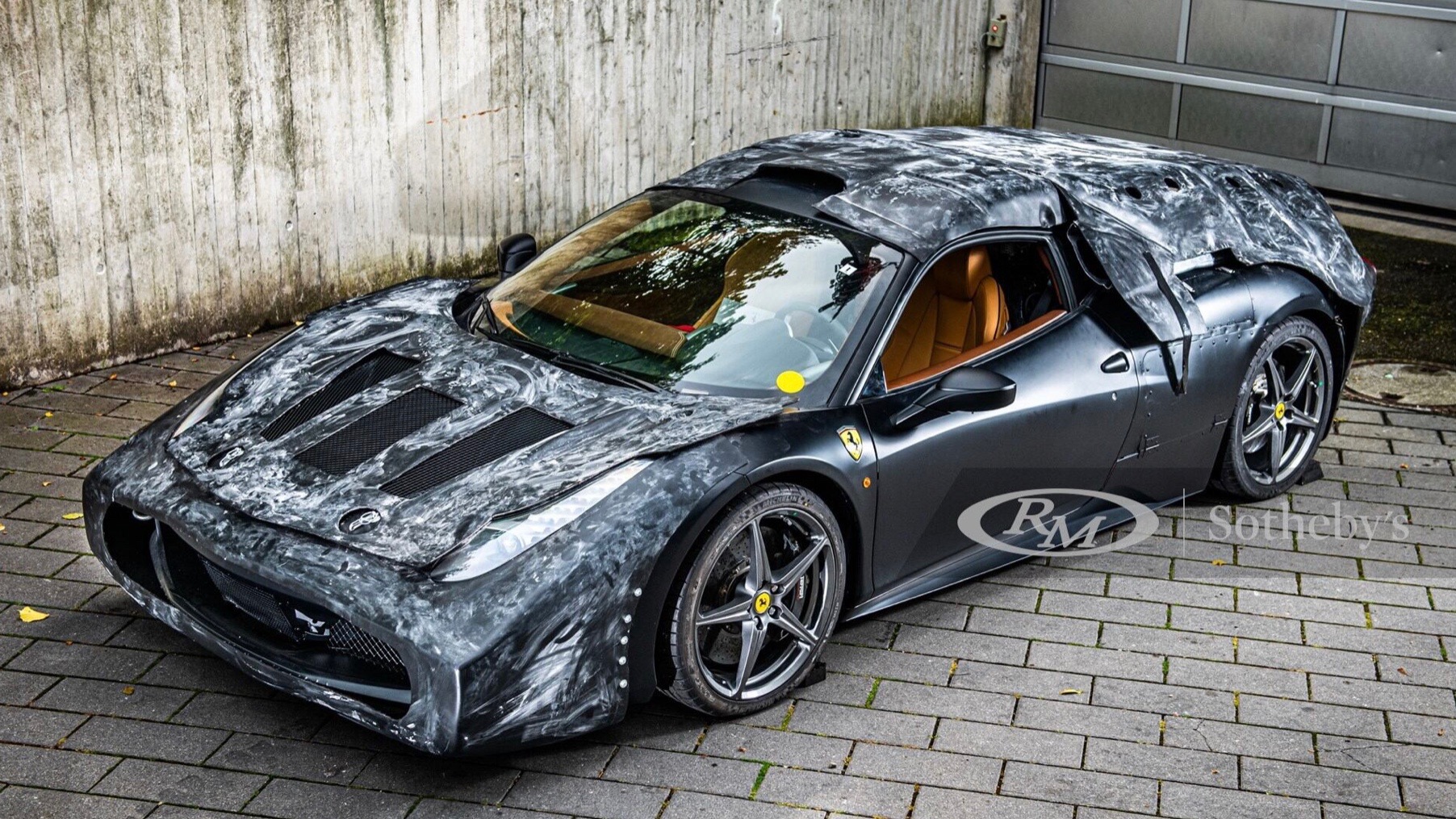 A very early Ferrari LaFerrari test mule is headed to auction with RM Sotheby’s on May 14.

Code-named M6, the test mule is based on a Ferrari 458 Italia that still looks largely stock on the outside. However, it features an early version of the LaFerrari’s hybrid powertrain, including a V-12 engine. This engine is an F140FB, though, rather than the later F140FE version that powered the production LaFerrari.

Removable exterior panels are fitted for certain phases of testing (and are included with the sale). Engineers also modified the shock tower as part of research into weight distribution, according to the listing. 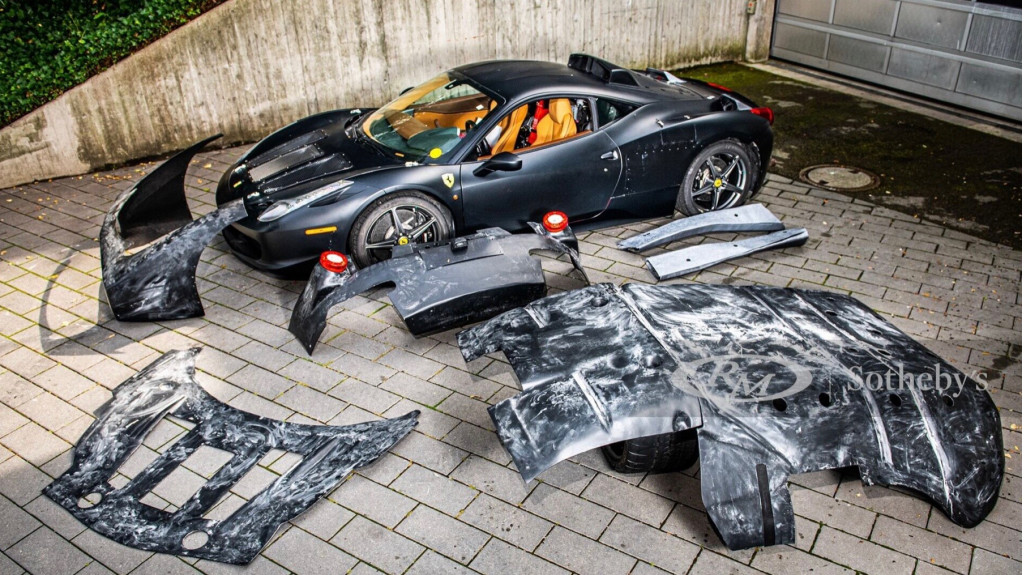 This test mule was used between May 2011 and December 2012, primarily for testing of steering, suspension, brakes, tires, and stability control. It was succeeded by “Second Family Mulotipo” and “Third Family Preserie” prototypes with bodywork closer to the final production LaFerrari that debuted in 2013.

Its work completed, this test mule was sold to a private owner in July 2016, getting a refresh and repaint as part of the sale. It’s officially recognized by Ferrari and is certified by the automaker’s Classiche division, but is not road legal, according to the listing. RM Sotheby’s didn’t publish a pre-auction estimate, but note that a later LaFerrari prototype more closely resembling the production model sold for $2.2 million in 2017.

The final production LaFerrari produced 950 hp, and the coupe version could do 0-60 mph in less than three seconds, according to Ferrari. The automaker built 500 LaFerrari coupes and 210 LaFerrari Aperta convertibles. The last of each body style were built for charity auctions.