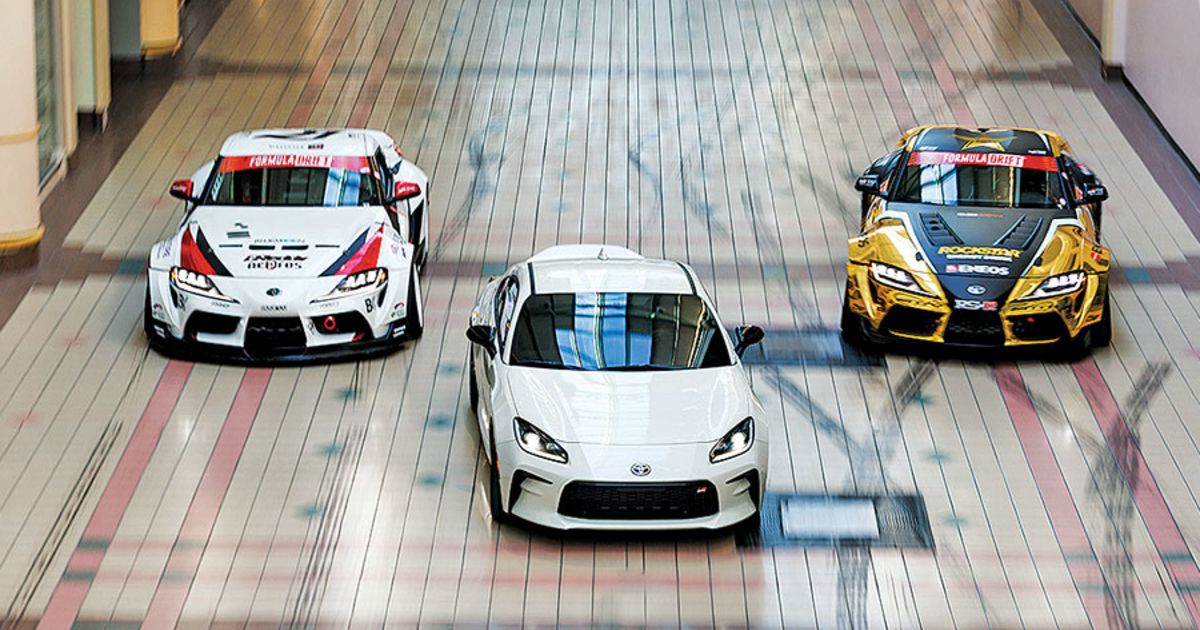 Millions of people have driven their Toyota to a shopping mall, but few have actually driven right through the middle of one.

Toyota Gazoo Racing organized a drift race through a dead mall for a video to promote the 2022 GR86. Three frigid days of filming at the Charlestowne Mall in St. Charles, Ill., left the tiled corridors covered in arcing black burnout marks.

“We wanted a unique location for this one, and we’re so lucky to have found an abandoned mall outside of Chicago,” producer Elliot Blanco said in a statement. “With the perfect location, amazing cars and amazing drivers, we were able to push them to the limit and make an incredibly epic film.”

The video shows a focus group cheering as they watch the cars zipping around tight corners in the empty mall but growing bored with more mundane clips demonstrating the cars’ backup cameras and other features. It culminates with a car jumping the center-court fountain of the mall, which closed in 2017.

Toyota is promoting the video on its various social media accounts and the GR Family page on toyota.com.