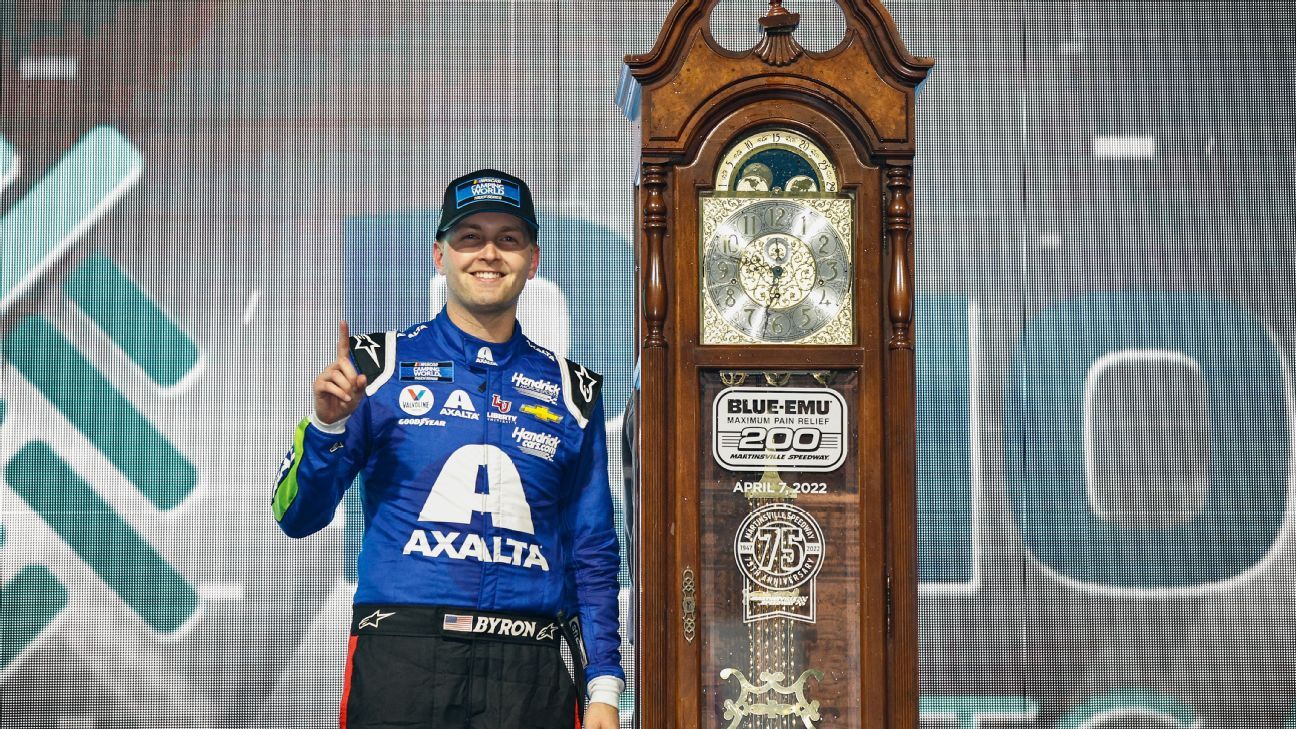 Byron, in just his second Truck Series start since 2016, led a race-high 94 of the 200 laps and grabbed the lead after Stage 2. Byron outdueled Johnny Sauter and Kyle Busch down the stretch for his eighth career victory in the series –with seven coming in a dominating 2016 season.

“It was a lot of fun. Great crowd here at Martinsville. I had never won a race at Martinsville,” Byron said. “I struggled here when I was in late model’s. Just awesome to get the win tonight.”

Sauter was second, trailing Byron by 1.138 seconds, for his 11th career top-five finish at Martinsville. Busch finished third in the third of his five series races this season. John Hunter Nemechek was fourth and Truck Series champion Ben Rhodes fifth after taking Stage 2.

Defending Martinsville champion Zane Smith, who had won two of the opening four races this season, started from the pole and led the first 50 laps to take the opening stage. Smith received a penalty near the midway point of the race for speeding on pit road and finished ninth.

Practice and qualifying were canceled earlier Thursday due to rain.