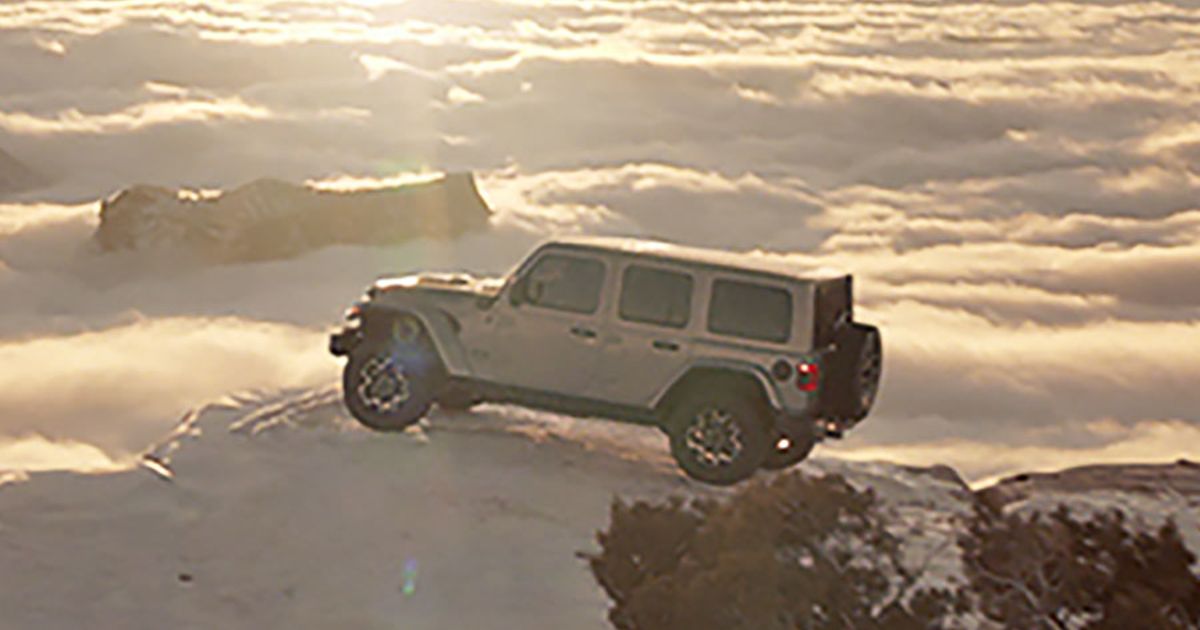 When electrification was on the horizon, Jeep knew exactly where to go with its message.

The brand known for touting off-road excursions has stuck to an outdoorsy formula for its 4xe line of plug-in hybrids.

The marketing transition could be seen in 2020 when Jeep started touting the quiet ride of the Wrangler 4xe months before it went on sale, saying it accentuated the sounds of nature.

Then, Jeep’s ode to Earth’s preservation called “Pale Blue Dot,” which featured a voice-over from scientist Carl Sagan and the Wrangler plug-in, further set the tone.

Since then, Jeep has coined a mission statement of “Zero Emission Freedom” and is putting its stamp on the electrified segment with branded charging stations at trailheads across the U.S.

“Jeep loves nature, and we want nature to know this,” Olivier Francois, chief marketing officer for Jeep parent Stellantis, told Automotive News. “It’s all a matter of mutual respect. So it sounds extremely logical for Jeep to go electric, and to make this kind of statement.”

The roots of the “Pale Blue Dot” spot go back to the days of former Fiat Chrysler Automobiles CEO Sergio Marchionne, who saw an early version of the ad that featured a conventional gasoline-powered Wrangler before his July 2018 death.

The ad shares a name with the image taken by the Voyager 1 satellite in February 1990 after Sagan, who was part of the mission’s imaging team, urged NASA to turn Voyager around for one final look toward Earth. The planet was a mere speck from nearly 4 billion miles away.

Francois recalled how Sagan’s widow, Ann Druyan, an award-winning writer and producer, initially balked at the idea of Sagan’s voice being used for a Jeep ad in October 2017. She told Francois to come back when Jeep made an electric model, and he did two years later when the plug-in hybrid technology was rolling out. Druyan approved that pitch.

Jeep took the serious route with “Pale Blue Dot,” but subsequent campaigns have taken a lighter touch with humor underlying the eco-friendly themes.

One spot showed animals singing along to the soaring classical arrangement, “Also sprach Zarathustra,” that was famously used in the film 2001: A Space Odyssey. The ad debuted during the February 2021 Golden Globe Awards featuring the Wrangler 4xe and was modified this year to include the Grand Cherokee 4xe set to arrive this spring.

The updated version first aired during Super Bowl pregame coverage and was released across Jeep’s social channels on the same day.

Jeep used the moment to post a doctored image on its social channels of one of the so-called monoliths being used as a charging station for the Wrangler 4xe. At the time of the post in December 2020, the brand said it became the top photo shared on its Facebook page in less than 24 hours, tallying more than 102,000 reactions, around 15,000 shares and nearly 15,000 comments.

Jeep recently blended the upcoming Grand Cherokee 4xe into a broader campaign highlighting the nameplate’s growing family made up of the conventional two-row version and the three-row L model.

The “Made for What You’re Made Of” spot began airing in late March, which included prime airtime during the NCAA basketball tournament.

Coming up with strong ideas around electrification, Francois said, hasn’t been an issue. The tricky part is the delivery of the messaging.

“I want to be a source of joy and excitement,” Francois said, “so maybe the main challenge was to find the right tonality between something that is not too serious, not too dark.”