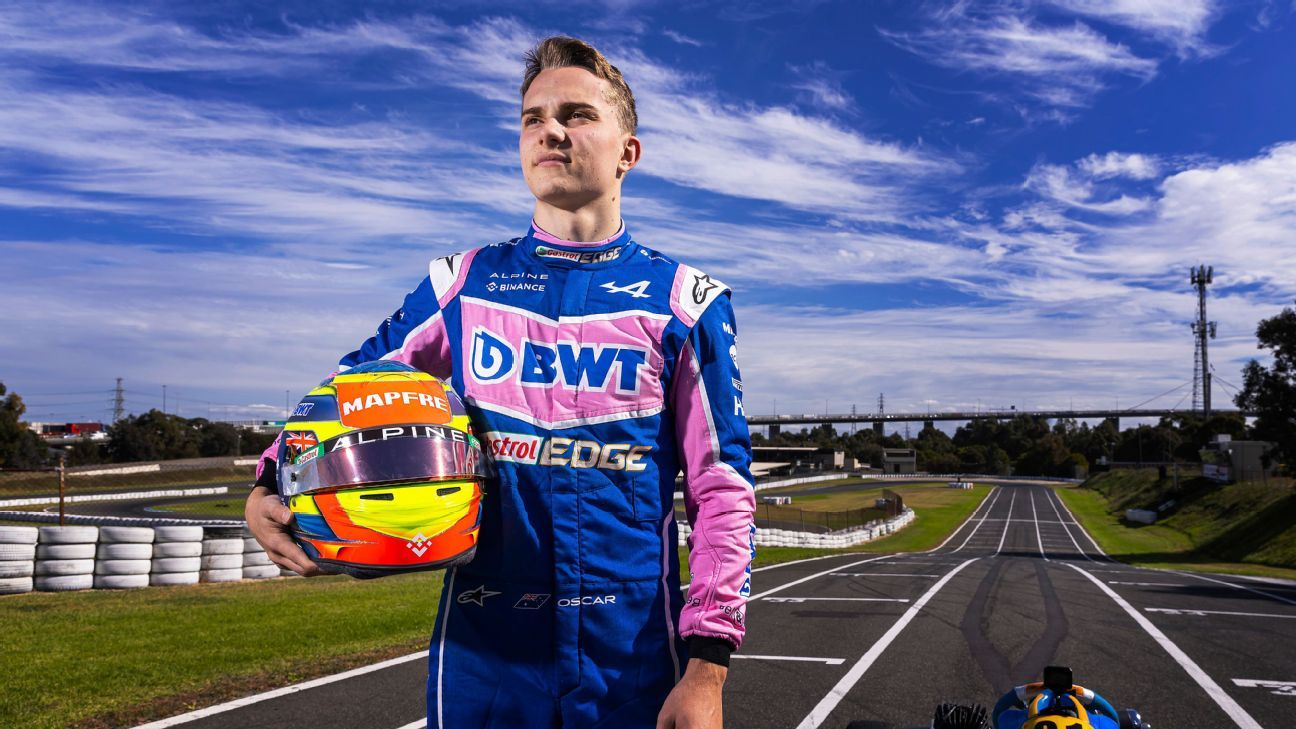 MELBOURNE, Australia — They may both hail from Australia, and share Italian heritage, but that doesn’t mean Oscar Piastri is banging down Daniel Ricciardo’s door to gain racing insights from the eight-time Formula One race winner.

In fact, Piastri, the reigning Formula 2 champion and current Alpine reserve driver, says he only speaks with Ricciardo “when we cross paths” and has rarely sought any racing advice from his high-profile compatriot, as the young Melburnian looks to carve out his own path in the sport.

“We get on well and we speak a bit [but] he’s extremely busy, especially this weekend, and focusing on his own career,” Piastri told ESPN, ahead of the Australian Grand Prix. “I’m not expecting him to give me advice or anything like that.

That’s not to say the pair don’t have a healthy relationship. Ricciardo said last month that he would “very much welcome” Piastri as his replacement at McLaren, had he not overcome COVID-19 and been fit to race at the season-opening Bahrain Grand Prix.

Piastri also told ESPN that Ricciardo has been “a great personality for F1 and how he is on camera is exactly how he is off camera, as well.”

This weekend, Piastri finds himself in the position of experiencing a home Australian Grand Prix without ever getting to drive on the track. As Alpine’s reserve driver, he is on standby should either of the team’s fulltime drivers, Fernando Alonso or Esteban Ocon, be unable to compete.

But instead of being overcome with jealousy, Piastri, who celebrated his 21st birthday earlier in the week, is looking at the weekend from a different perspective. He’s lapping up the electric atmosphere at Albert Park, on a weekend where F1 expects to crack 410,000 spectators and break the all-time record for attendance at an Australian sporting event.

“Of course, as a racing driver, I would love to be on the track racing, but there’s definitely aspects [of 2022] which are going to be beneficial without driving,” Piastri tells ESPN. “This weekend is a perfect example, experiencing my first home race without the pressure of having to go out and perform and drive. It’s quite nice, in some respects, to take that all in, get used to it and know what to expect.

“I got off the plane on Sunday night and had people waiting there for autographs and photos which I hadn’t really had before. Walking through the Melbourne Walk was pretty special. I’ve signed autographs and stuff before but not like that and the crazy part is I’m a reserve driver, I’m not even a full-time driver yet, so to have that reception was really, really special.

“I think I’d be able to handle adding in the driving now but I knew when I signed as a reserve driver that this was going to be the deal for the year.”

Many expect Piastri, who in the past three years has won titles in Formula Renault Eurocup, Formula 3 and Formula 2, to land a seat in Formula One for 2023. But until a contract is signed, he’s looking to learn and ensure he’s best prepared for when his chance comes.

“In terms of race results, I’ve got them on the board now and got my championship wins, so there’s not really much to add on that front. Now I’ll try and integrate myself into the team as much as I can and learn the F1-specific stuff, whether that’s driving and with the car or even just the media activities and all the stuff outside the driving,” he says.

“I don’t think taking a year out adds any more motivation to get back. I’m certainly not the first person to have done a year out on the sidelines as a reserve, so I don’t feel like I’ve been hard done by at all. If I get to F1, hopefully, I’ll be fully focused on just trying to do the best I can at each weekend. There’s no good trying to prove why you should have been there the year before because you don’t gain anything from it. It’s just a bad mindset to fall into.”