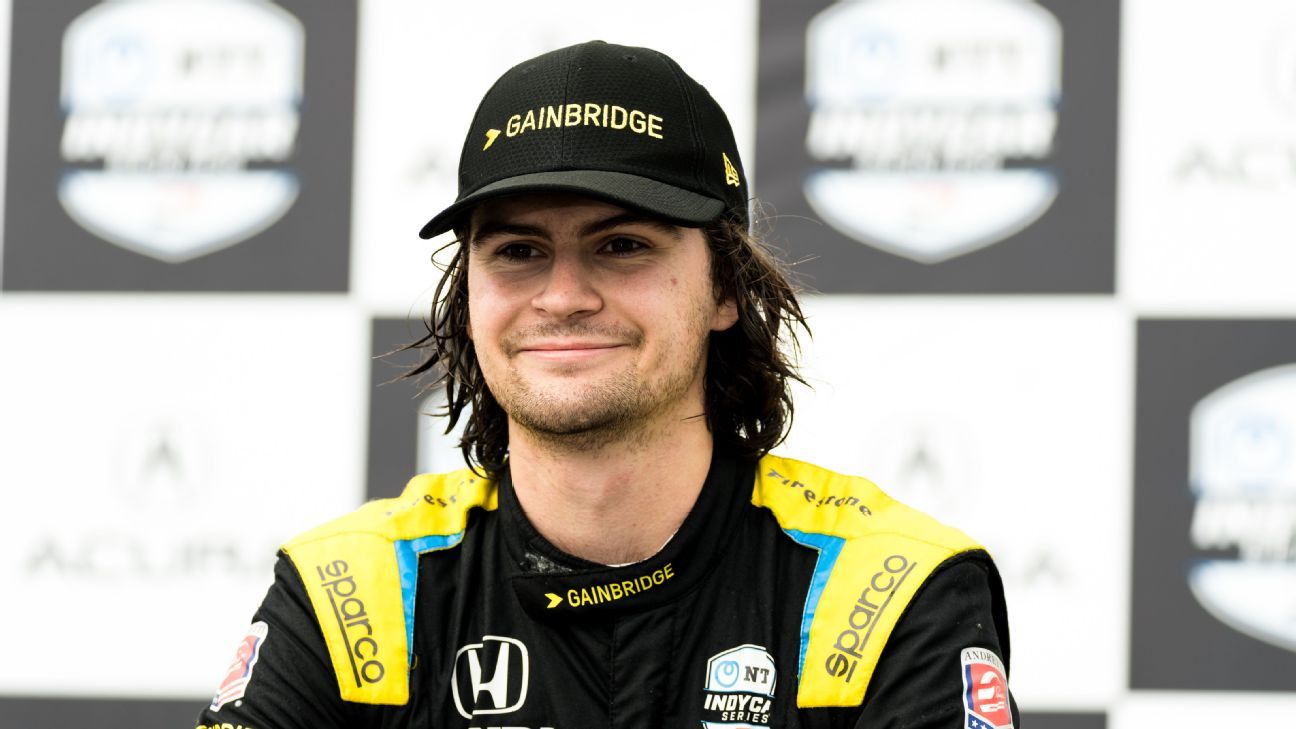 LONG BEACH, Calif. — Colton Herta broke the Long Beach track record in Saturday qualifying, and the California native will start from the pole for his home IndyCar race.

Herta turned a lap at 1 minute, 05.3095 seconds on the temporary street course set up through downtown Long Beach to earn his eighth career pole and the right to lead the field to green on Sunday. The previous track record was 1:06.2254 set by Helio Castroneves in 2017.

Herta, who is from nearby Valencia, is the defending race winner and hoping to give Andretti Autosport its fourth consecutive victory in the most prestigious street course race in the United States.

“As a young kid, I always trained to be an IndyCar driver and that’s because of this race,” Herta said.

Herta paced a fast session for Andretti, which saw him, 2018 and 2019 winner Alexander Rossi and Romain Grosjean advance into the final qualifying round. But as Grosjean was chasing Herta for the pole, the former Formula One driver hit a tire barrier that brought the session to a sudden stop.

Herta celebrated as he drove back to pit lane because he thought the session was over. Instead, IndyCar said there were 2 seconds remaining on the clock and would permit drivers to go back on track for one final qualifying lap. Felix Rosenqvist and Rossi were the only two in the Fast Six to make another lap and neither advanced position.

Grosjean, who had been second fastest before he crashed, was docked his fastest lap and dropped to sixth on the starting grid. That moved Josef Newgarden of Team Penske, winner at Texas in IndyCar’s last outing, to second.

“Man, the Andretti cars look really good. Not just Herta,” said Newgarden. “They are going to be tough to beat.”

Jimmie Johnson, who broke his right hand in a crash Friday during practice, wore a carbon fiber splint on it Saturday and qualified 25th in the 26-car field. He also crashed in Saturday’s practice and was docked his fastest two laps in qualifying for impeding Graham Rahal as they merged onto the racing surface.

“I’m in damage control with my hand,” said Johnson. “I am just going to need to work my way forward, if I can, and I am sure some attrition will come into play. Hopefully my hand will hold up and get me through the race. I can log laps. I need some points, I am sitting tied 10th right now in the championship and I’d love to earn as many points as I can to stay as high in the points as possible.”

Jack Harvey, who suffered a concussion in a crash at Texas that caused him to miss that race, returned to competition at Long Beach and qualified 21st.