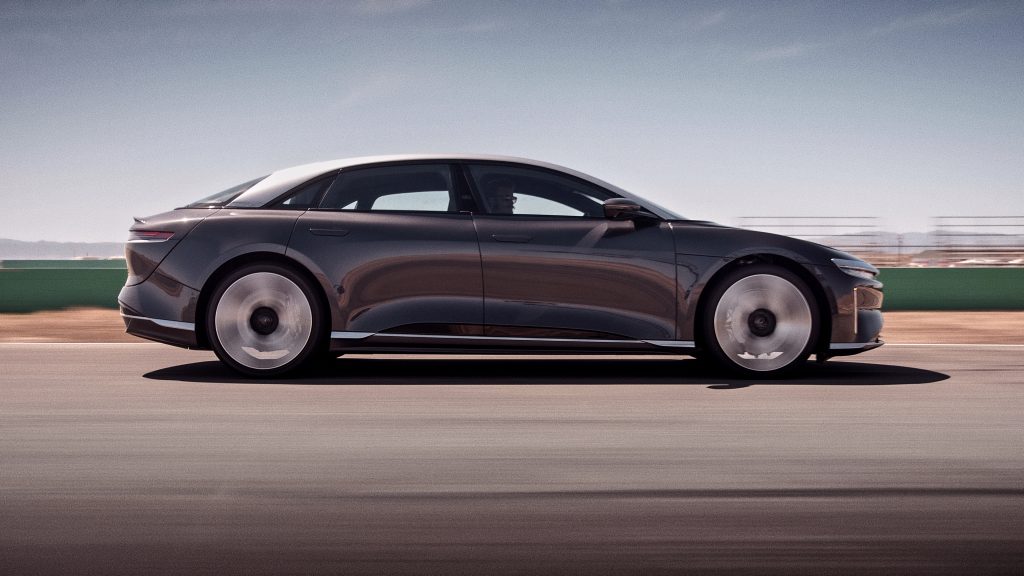 Lucid Group announced this morning it has launched a new version of its Air all-electric sedan: the Air Grand Touring Performance. The launch of the new, 1,050 horsepower trim level of Lucid’s first EV model answers the wishes of customers, who showed “strong demand” for “higher-performance versions of the Lucid Air,” CEO Peter Rawlinson said.

Set for initial deliveries in June 2022 in the United States, the Lucid Air Grand Touring Performance is the newest trim level of the all-electric sedan. Deliveries are set for August 2022 in Canada.

With 1,050 horsepower and a 0-60 MPH acceleration rate of just 2.6 seconds, the all-new Grand Touring Performance sets new standards for the Air lineup, as more performance has been a strong wish of Lucid customers thus far. The automaker surely answered.

A Need for Speed

CEO Peter Rawlinson said Lucid’s new Air Grand Touring Performance configuration is simply an answer to customer wishes. Evidently, despite its young and fresh entry into the market, with its first vehicle deliveries occurring in late 2021, Rawlinson’s electric car company has customers who are thirsting for even more performance. The new trim level offers that and then some, and Lucid quickly brought the new vehicle to the market as the in-house development of its products gives the automaker substantial advantages over those who are supplier-focused.

“Lucid Air Grand Touring Performance answers the strong demand we continue to see for higher-performance versions of the Lucid Air,” Rawlinson said. “The remarkable speed with which we are able to conceive and bring this model to market is possible only because of Lucid’s high degree of vertical integration and in-house production of our proprietary EV powertrain and battery pack technology.”