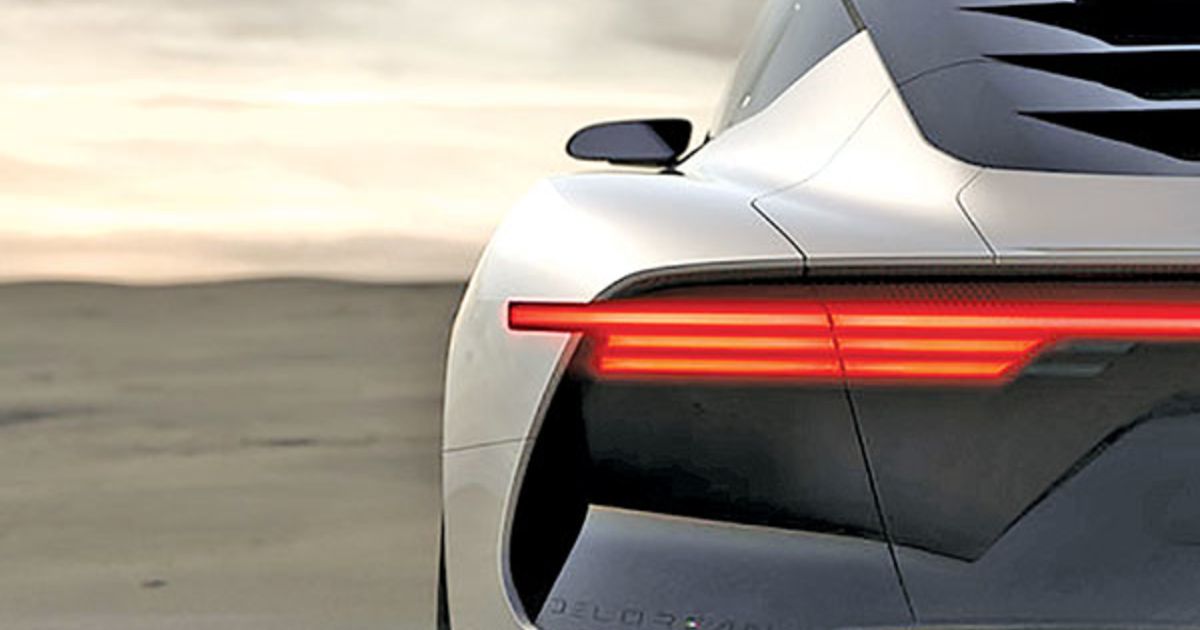 The time has come for a new DeLorean.

DeLorean Motor Co. Inc. says it plans to unveil an electric model at the Pebble Beach Concours d’Elegance in August. The company last week released a teaser image of the concept, showing the taillight and left shoulder.

The prototype is being revealed at the Awards Ramp three days before moving to the Concept Lawn on Aug. 21, the company said. The name of the new generation of the DeLorean will also be revealed in August.

While it will be a brand-new vehicle, the car will feature references to the classic DeLorean, such as gull-wing doors, CEO Joost de Vries told Automotive News.

The company is searching for a North American factory site and aims to deliver the first customer vehicles by the end of next year, de Vries said.

The company is not connected to DeLorean Motor Co. LLC, a service and restoration shop run by Stephen Wynne in Humble, Texas. DeLorean Motor Co. Inc. is a new entity based in San Antonio that is focused on creating the new model.

It has more than 100 employees and aims to employ at least 450 when production begins.

“The public reaction has been spectacular,” de Vries said. “We have an awesome brand; now we need to put out an awesome product.”