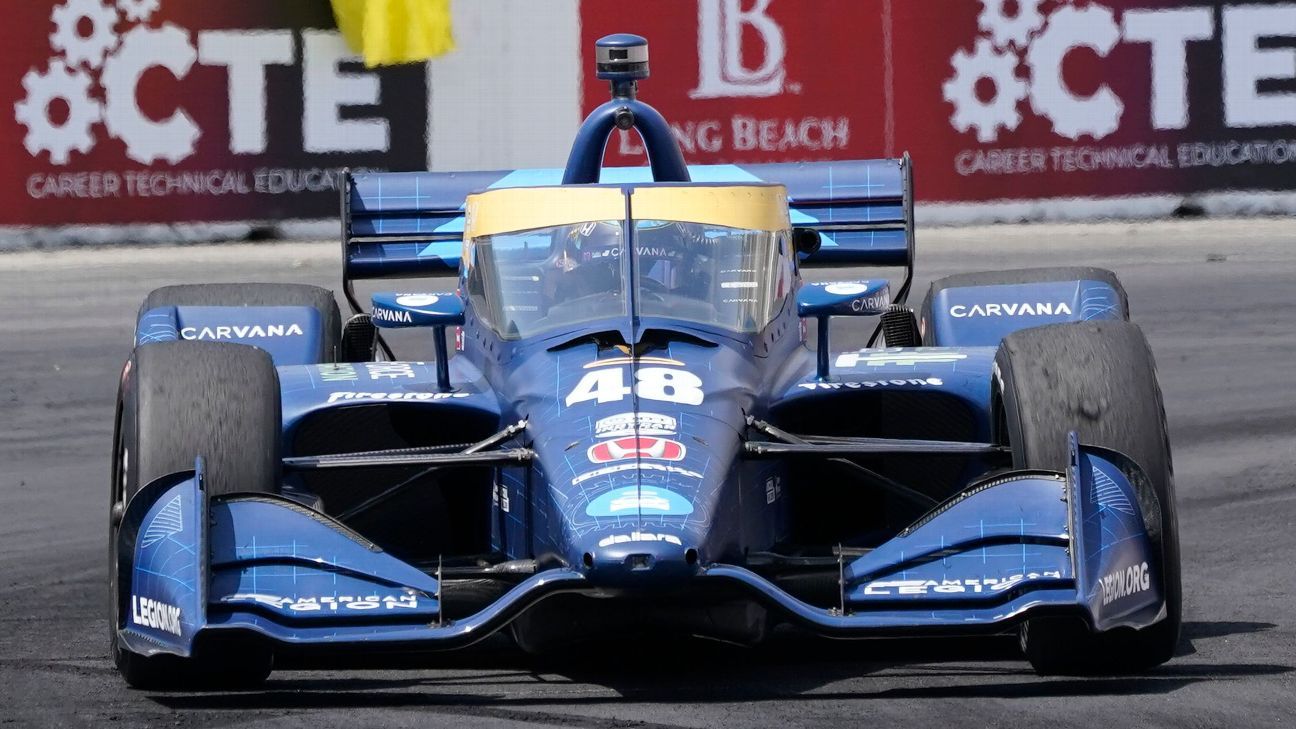 On Tuesday, the seven-time NASCAR champion, who has become an IndyCar Series regular, announced on Twitter he had surgery Monday night in Charlotte, North Carolina, to repair the injury he suffered in a practice crash last weekend.

“From Long Beach to the operating room,” Johnson wrote before citing his plan to test next week at Indianapolis Motor Speedway. “Good news is I plan to be ready for the IMS test in 9 days and Barber on May 1st. Thank you to all the medical staff involved.”

Testing is to be held on the Brickyard’s historic 2.5-mile oval next Wednesday and Thursday. The series won’t race again until stopping at Barber Motorsports Park in Alabama.

Then again, Johnson never has allowed much to get in the way of racing.

He made 663 consecutive starts in Cup Series cars, the fifth-longest streak in NASCAR history. It ended with a positive COVID-19 test that kept him out of the 2020 Brickyard 400. Johnson returned the next week following two negative tests and started every other race of his final season.

It was the only start he missed as a full-time Cup driver.

Last year, Johnson switched to IndyCar but raced only on street and road courses. This year, he’s added ovals to an expanded schedule.

After he was injured Friday, few were surprised when he showed up at the track Saturday with a carbon-fiber splint to protect his hand. He still managed to sign autographs and test the splint during practice and qualifying.

On Sunday, the 46-year-old Johnson completed 73 of 85 laps in the No. 48 Honda of Chip Ganassi Racing. He finished 20th on the street course.

“Looking forward to the test in Indy,” Ganassi’s team wrote on Twitter as it retweeted Johnson’s announcement.

Johnson has made 15 IndyCar starts over the past two seasons, finishing a career-best sixth at Texas on March 20.