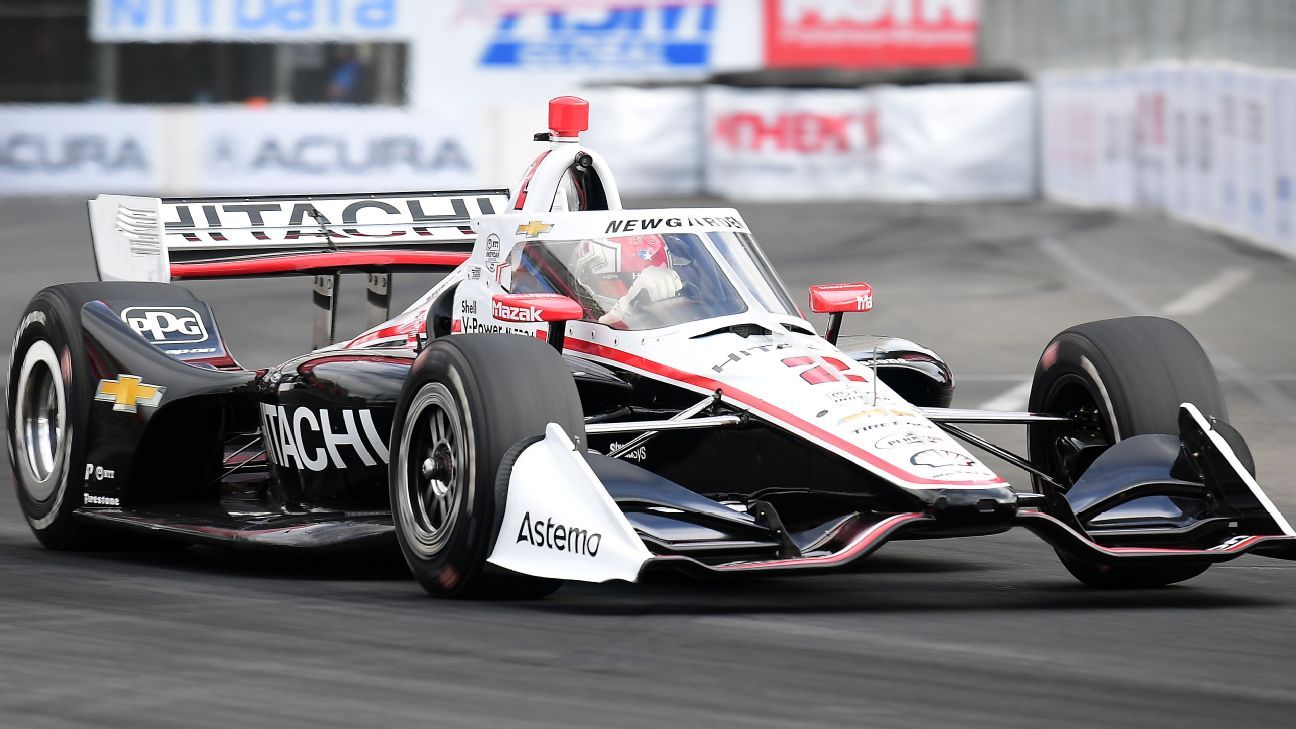 LONG BEACH, Calif. — Josef Newgarden won for the first time on the downtown streets of Long Beach, holding off Romain Grosjean on Sunday to make Team Penske 3-for-3 to open the IndyCar season.

Team Penske last opened an IndyCar season with three consecutive wins in 2012, when the team won the first four races.

Newgarden was challenged over the final 15 laps by Grosjean, the former Formula One driver seeking his first career IndyCar victory. Jimmie Johnson, who broke his hand in a crash Friday and raced with a carbon fiber cast, crashed with 10 laps remaining to bring out the caution and give Grosjean and reigning IndyCar champion Alex Palou a shot on a final restart.

The race went green with five laps remaining and Grosjean got several good looks inside of Newgarden but couldn’t pull even to attempt a winning pass. Takuma Sato crashed with a lap remaining to bring out a final caution and Newgarden won under caution.

“I was working my butt off with Grosjean at the end there,” said Newgarden, who won in his 10th career start in the most prestigious street race in the United States.

The victory gave General Motors a sweep in Long Beach; Cadillac went 1-2 on Saturday in the IMSA sports car race and Newgarden won in a Chevrolet.

Grosjean finished second for Andretti Autosport, which was seeking a fourth consecutive win at Long Beach. Andretti drivers Alexander Rossi won in 2018 and 2019, Colton Herta won in 2021 and started from the pole on Sunday.

He led 28 laps but had ceded the lead to Newgarden when Herta crashed out of the race with 29 laps remaining. He said he was pushing too hard when he crashed.

“It’s just a stupid mistake. We were definitely in that thing,” Herta said. “It’s unfortunate. I feel really bad. The car was fantastic. Just overdid it a little bit today.”

Palou finished third for his 10th podium finish in 19 races since joining Chip Ganassi Racing at the start of last year.

Will Power of Team Penske was fourth and Pato O’Ward salvaged his sloppy start to the season with a fifth-place finish. The Arrow McLaren SP driver is supposed to be a championship contender but has made mistakes in each of the first three race weekends and is admittedly distracted by his desire for a new contract.

Scott Dixon was sixth for Ganassi, followed by Graham Rahal of Rahal Letterman Lanigan Racing and then Rossi. Helio Castroneves was ninth for Meyer Shank Racing and Kyle Kirkwood was 10th for A.J. Foyt Racing.

Johnson finished 20th to close one of the worst weekends of his career. He broke his hand in Friday’s crash, crashed again in Saturday practice, was penalized his two fastest laps in qualifying for interfering with Rahal, and then crashed out of the race Sunday.

“I’ve had [bad weekends] before,” Johnson said. “But it comes with it. I certainly feel bad that I put the team in this position. This deal isn’t easy. You’ve got to live on the razor’s edge on the street races and there’s no margin for error. Trying to be faster, trying to be more competitive, I made some mistakes this weekends and will learn from them.”