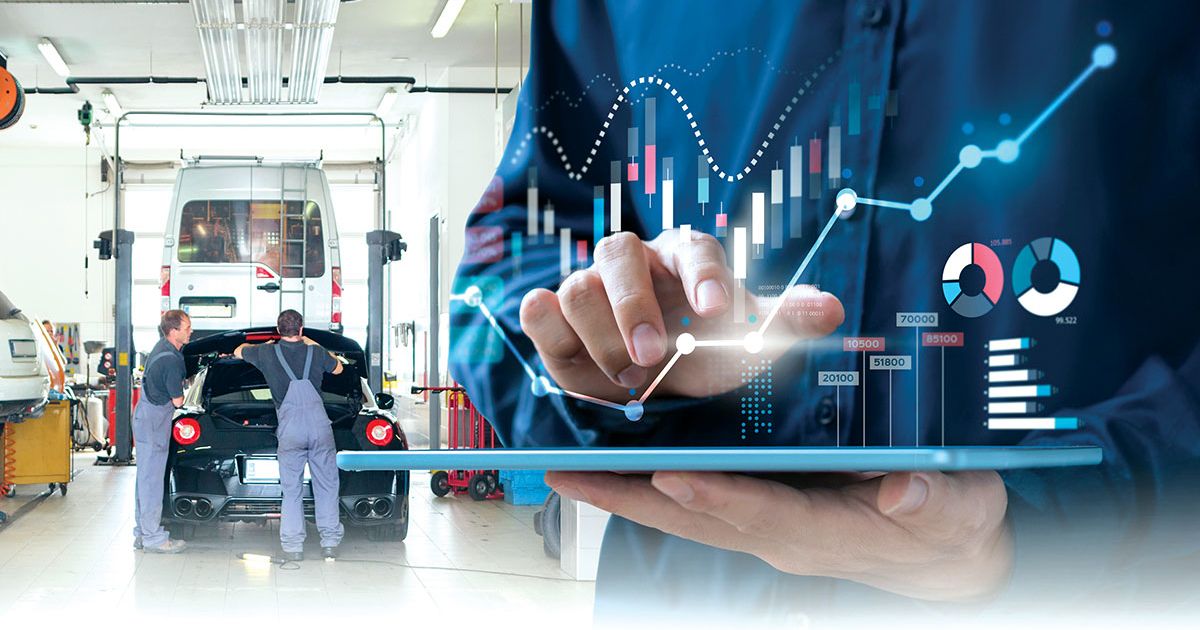 Dealership sales departments have traditionally feasted on bountiful digital marketing budgets and tactics while fixed ops departments had to nibble on the leftover scraps, usually in the form of “spray-and-pray” direct-mail campaigns.

But that dynamic is changing. Fast.

“We’re on the cusp of an advertising revolution in fixed ops,” says Alexi Venneri, co-founder and CEO of Digital Air Strike. The group provides digital marketing services to 5,000 dealership clients.

“Dealerships have increased their [fixed ops] advertising budgets and have lots of new tools in their toolboxes,” she adds, referring to text campaigns and ads on streaming video platforms. “That’s one good outcome from COVID … dealerships have learned to embrace that side of their business.”

But it’s not about pushing for more service just for service’s sake. With vehicle inventories so low, fixed ops departments now also serve as a valuable conduit for snagging trade-ins by offering appraisals to customers, particularly those whose leases or warranties are close to expiration, she notes.

Sands Automotive Group, which owns three Arizona dealerships — a Chevrolet store and a Kia store in Surprise and a Chevrolet store in Glendale — has been using text campaigns and ads on video streaming services such as Hulu and AMC since 2019.

In terms of customer-pay gross profit comparisons from 2018 to 2021, the Surprise dealership posted a nearly 33 percent jump, and the Glendale store recorded an almost 35 percent increase.

Leader attributes the increases to one of digital advertising’s chief advantages: the ability to finitely target audiences.

“Before, we used to do a lot of mailers — a spray-and-pray approach,” he explains. “But most of it never gets opened … you’re just burning money.

“But digital marketing gives us a way to select and home in on the exact consumers we’re looking for on a consistent basis,” he continues. “It’s marketing in a very segmented way. We can even market to specific geographic areas.

In addition, the results are very measurable; dealers can quickly determine what works and what doesn’t. Moreover, digital marketing is less than half as expensive as traditional marketing, Leader says.

“Our dollars go a lot further,” he reports. “And with digital advertising, we can quickly change the dollar amounts, depending on the results.”

“What you might spend on a media buy for a week on broadcast or cable television would last you a month with streaming,” she says. “Plus, there are more customization and targeting capabilities.”

“We used to buy five or 10 cars per rooftop per month,” he says. “Now it’s 25 to 30, and we’re pushing to grow that further. It helps out our service departments because those cars need service.”

Using texts for fixed ops marketing is increasingly popular for both dealers and customers. A Digital Air Strike survey released in March of 2,046 car buyers and 2,784 service customers who purchased or serviced a vehicle within the previous year showed that 60 percent of respondents prefer online/text communications, up from 47 percent a year earlier.

In one such campaign, the group sent 2,188 texts promoting cabin-filter replacements and a disinfectant cleaning service. During the next two months, customer-pay repair orders rose 5 percent for both stores, which share a service department, she reports.

In a much smaller campaign, just 264 texts generated 36 service appointments — at a cost of only 5 cents per text, she says.

“That’s a pretty good number for that small of a batch, especially considering the price of the program,” she says.

Moreover, customer-pay revenue has slowly increased during the last six months to the point that the service department plans to hire three more technicians, Bowden adds.

For Bowden, texting is a no-brainer marketing tool.

“It’s all about marketing to customers in the best way they want to be marketed to,” Bowden says.

“Texting is a great tool for educating and informing our customers about our competitive pricing, certified technicians and excellent customer service — and the fact that we service all makes and models.

“Think about it — you wake up and you text,” she notes. “You eat, you text. You sit in a meeting and text. It’s convenient and an extremely efficient way to communicate. And customers prefer it.”

To underscore that point, Venneri notes that the annual Digital Air Strike survey showed that 60 percent of respondents prefer to never speak to someone in a service department.

Another key advantage: The texts include a link consumers can use to schedule service immediately, which only adds to the convenience factor, she noted.

Bowden says the group still uses traditional forms of marketing, such as emails, phone calls and mailers. But she sees the writing on the wall — and it looks a lot like a text message.

“I’m 36 years old, and we’re a fourth-generation, 107-year-old dealership,” she says. “The way we did things for a long time has obviously worked.

“But like in all industries, how people consume information and communicate is rapidly changing, so it was important to me to make sure we’re at the forefront of that,” she says. “When I joined five years ago, we were behind. But now we’re partnering with companies like [Digital Air Strike] that are helping us get ahead of the eight ball when it comes to digital marketing.”

And making sure the service department gets more than just marketing scraps.