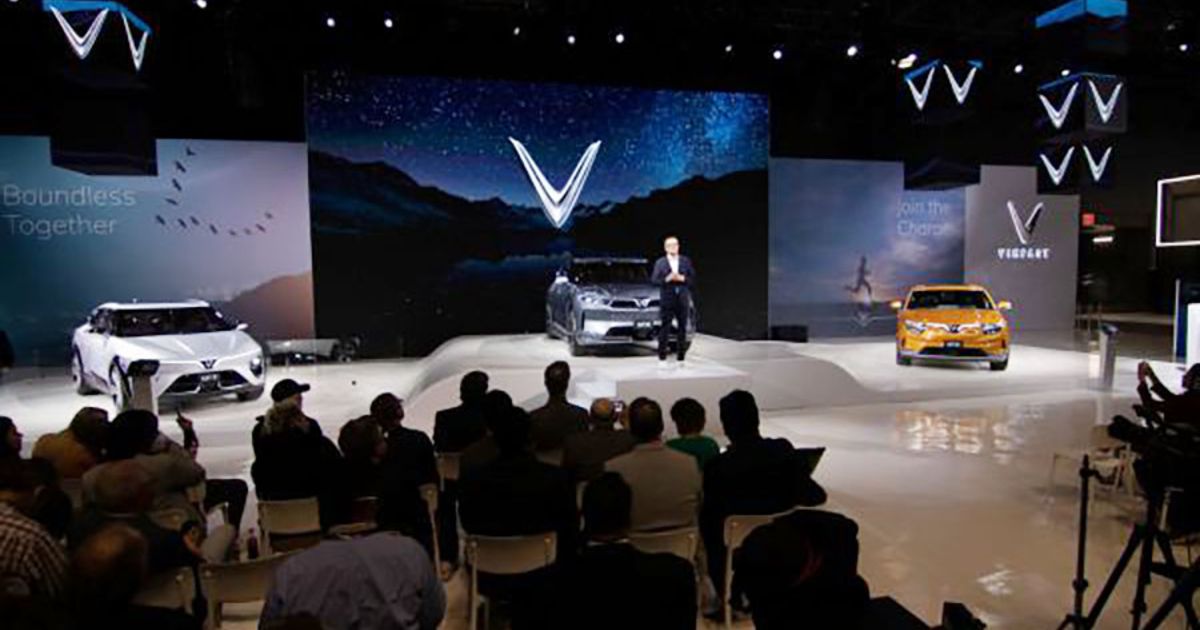 Vietnamese electric automaker VinFast set pricing for a battery-lease program and introduced a partnership with Electrify America for fast-charging on its national network.

VinFast, which started making gasoline cars in 2019 and delivered its first EV last year, is showing three electric crossovers at the New York auto show. The automaker is targeting initial sales of the midsize VF 8 two-row crossover and the larger VF 9 three-row crossover in the U.S. by the end of the year.

The young automaker is introducing a battery-lease model in the U.S. to make its vehicles more accessible. VinFast will sell vehicles without the battery pack included in the price, and then lease the battery for a monthly fee based on miles traveled.

For drivers who don’t rack up a lot of miles, VinFast is offering a flexible plan with a monthly subscription of $35 for the VF 8 and $44 for the VF 9. The price includes 310 miles of use each month. After that limit is reached, VinFast will charge 11 cents per extra mile for the VF 8 and 15 cents for the VF 9.

“By separating the price of the battery from the acquisition value of the automobile, VinFast takes on all the risks related to the vehicle’s battery and ensures a reasonable price for its products,” the company said. “VinFast also commits to provide a lifetime battery warranty covering all maintenance and repair costs, and will replace the battery for free when charging capacity dips below 70 percent.”

Industry analysts say the battery leasing program could add a new layer of complication for buyers considering EVs for the first time.

“For consumers who already intend to make an EV their next purchase, it’s a little too soon to tell if the battery-leasing scheme will prove attractive or confusing,” said Stephanie Brinley, an analyst with IHS Markit.

VinFast also announced more detailed pricing for the VF 8 and VF 9, with two different battery options. Previously, it had announced pricing for only the big-battery version.

For the VF 8, prices, excluding shipping, start at $40,700 for the base model with the smaller battery and run to $48,000 for the top trim with the larger battery. Battery range runs from about 250 miles to about 300 miles based on the battery pack and trim, VinFast said.

All range figures are subject to change when the EPA certifies official numbers for the U.S. market. VinFast did not provide the battery sizes as measured in kilowatt-hours.

The agreement includes two complimentary charging sessions across the Electrify America network and “Plug & Charge” compatibility. The feature, made popular by Tesla, allows vehicle owners to start charging by simply plugging in their EVs, followed by automatic payment after disconnecting.

“Delivering a convenient and seamless charging experience, Plug & Charge is an innovative technology that allows drivers of capable vehicles to pay for a charging session by simply plugging in their EV once billing information is set up on the VinFast app,” the companies said in a joint statement.