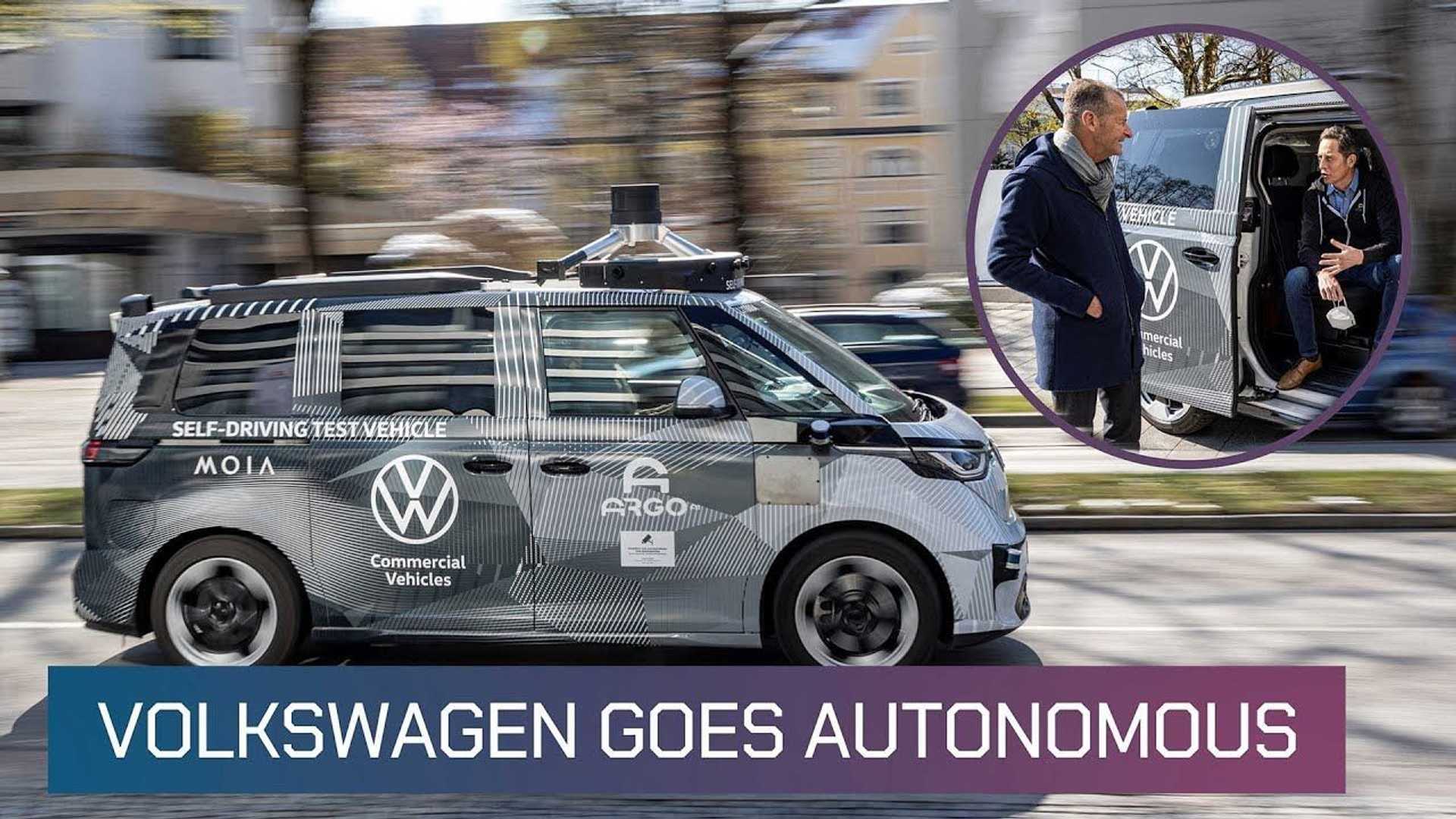 VW recently showed off the capability of its ID Buzz self-driving prototype equipped with technology from Argo AI, when the vehicle recently drove around Munich autonomously. One of the passengers was Volkswagen Group CEO Herbert Diess who was impressed by the ID Buzz AD’s smoothness and ability to not only travel on a given route, but also to react in unexpected situations, especially those involving pedestrians.

The vehicle had a safety driver at the wheel, and in the back Diess was joined by Alex Haag, the managing director of Argo AI in Munich. With six Lidar sensors, eleven radars and fourteen cameras all around the Buzz feeding data into the Argo AI software, it seems to do a good job of navigating around Munich.

Haag talks about how all the data collected is combined into a single environmental model, which is then passed to the prediction module (the AI part) and then to the planner. He then explains that they are trying to get the vehicle to pick up on the same subtle clues that a human driver would see, especially when it comes to interacting with pedestrians, and concludes that this task is quite a challenge.

We can’t get an actual idea of how well it performed, though, since the video seems to be the result of a lot of cutting and editing – we are not shown a single longer continuous sequence of the vehicle driving itself, but we hope that VW will release some long uninterrupted videos showing the ID Buzz AD moving autonomously.

For the production version coming in 2025, it looks like Volkswagen will place a rear-facing bench seat where the front seats, dashboard, steering wheel and controls are in the standard ID Buzz. VW also shows in the video that the autonomous Buzz may not have opening front doors – there would be no way of getting into the front bench seat, so all access will be through the rear sliding doors.