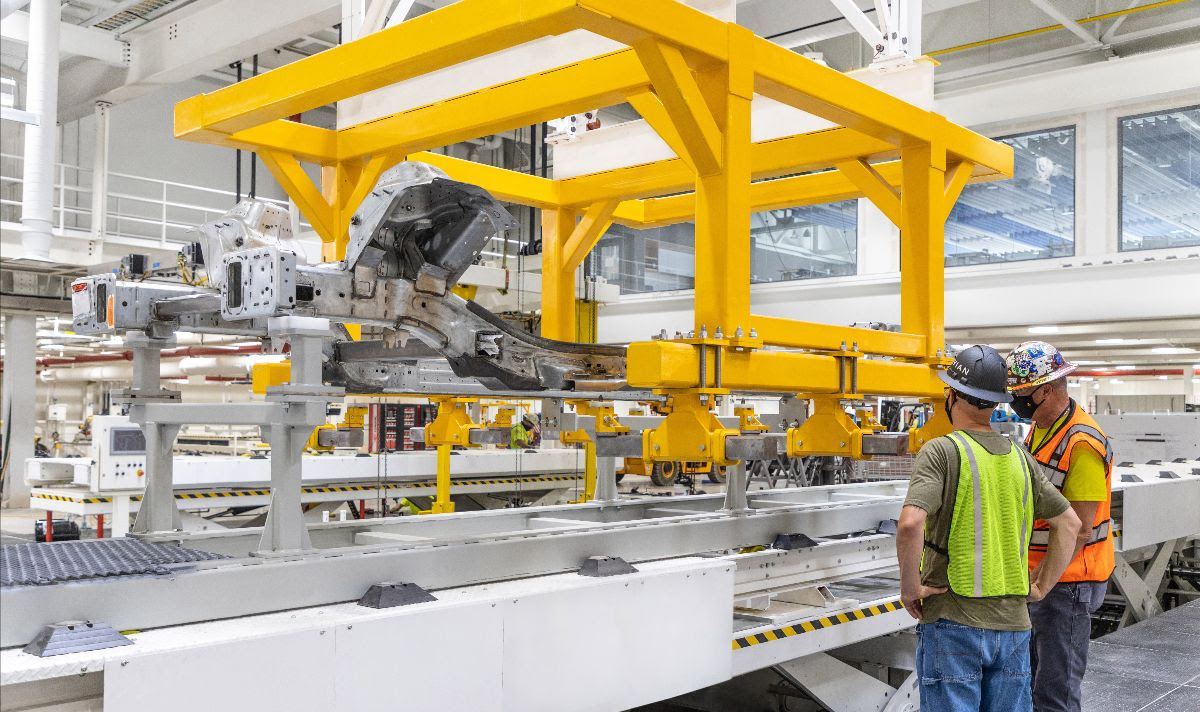 Rivian could be facing skepticism from suppliers as it continues to ramp production of its electric vehicles. CEO RJ Scaringe recently admitted that sourcing parts from suppliers is a frustrating process, and even went as far to say that some companies could be holding back on Rivian, allocating parts to larger, proven companies.

Rivian has been dealing with the incredibly difficult process of ramping the production electric vehicles, and the climate of the global supply chain has only added several more hoops and hurdles for the automaker to jump through and over. In an interview with the New York Post, Scaringe detailed the incredibly difficult process of supplying necessary parts, like semiconductors, to its factory. Skeptical of younger, less developed companies, Scaringe said suppliers will not send the necessary number of parts that it needs to ramp production to previously-announced targets.

“I have to call up semiconductor supplier Y and say this is how many Supplier X gave us, and get everybody comfortable because the system’s unproven,” Scaringe said. He went on to add that he believes some suppliers might be holding back, questioning whether the automaker is using the semiconductor shortage as an excuse to cover up production ramp issues. “It’s really frustrating,” Scaringe added.

According to industry experts, parts allocation to larger automakers is definitely present in some instances. There are companies producing millions of cars a year that can pay for a substantial amount of parts at once. Meanwhile, the scrappy up-and-comers in the industry, like Rivian, face a skeptical tone when dealing with suppliers.

“There is certainly allocation,” Dan Hearsch of AlixPartners said. Suppliers may question the validity of some automakers, effectively stating, “Are you guys for real?” Meanwhile, companies that have massive production volume will receive a year’s worth of chips in a single transaction.

Rivian said in its most recent 10-K filing with the SEC that it expects to deal with “continuing losses for the foreseeable future.”

“If we are ever to achieve profitability, it will be dependent upon the successful development and commercial introduction and acceptance of our consumer vehicles, such as the R1T and R1S, our commercial fleet vehicles, such as the EDV, and our services, which may not occur,” Rivian said. It also stated in its Q4 2021 Shareholder Deck that supply chain bottlenecks would persist throughout the year.

“Our path to EV leadership won’t be easy,” Rivian said in its Shareholder Deck. “In the immediate term, we are not immune to the supply chain issues that have challenged the entire industry. Those issues, which we believe will continue through at least 2022, have added a layer of complexity to our production ramp-up.”

Rivian has plans to open a new production facility in Georgia, as well as expand its current manufacturing buildout and begin alleviating its reliance on suppliers. “Long term, we envision a world where we will make some of our own cells, (and) we’ll purchase cells from great partnerships we have,” Scaringe said recently. “Those two are by no means mutually exclusive.”

I’d love to hear from you! If you have any comments, concerns, or questions, please email me at j[email protected]. You can also reach me on Twitter @KlenderJoey, or if you have news tips, you can email us at [email protected]

Rivian could be facing supplier skepticism, Scaringe believes some are holding back