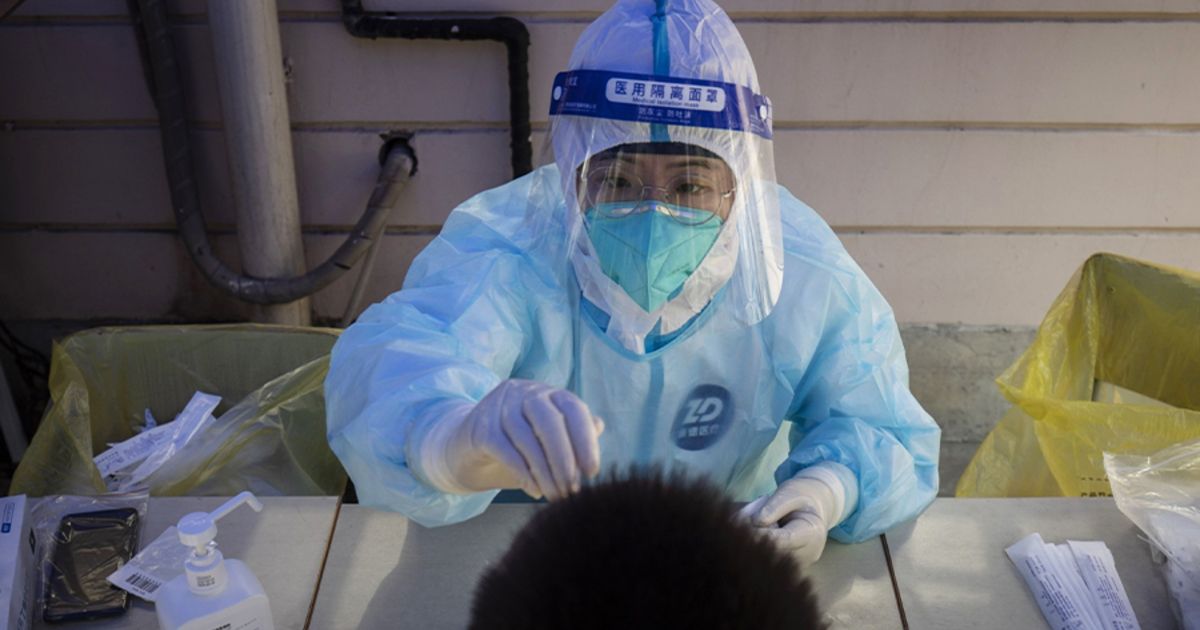 SHANGHAI — Manufacturers including Volkswagen Group and Tesla began preparing on Monday to reopen their Shanghai plants as China’s most populous city accelerates efforts to get back to normal after a nearly three-week COVID shutdown.

Still, most workers will have to live onsite, and there was no immediate word how factories will deal with disrupted supply lines and access to market, with closures ordered by authorities in other cities and port and trucking problems.

The shutdown in the city and China’s measures to control the pandemic elsewhere have hurt the economy and rattled global supply chains. Shanghai’s 25 million people have struggled with income losses, lack of steady food supplies, separation of families and poor conditions in quarantine centers.

Beijing said last week it had drawn up a “white list” of 666 firms prioritized to reopen or keep Shanghai operations going.

These include Tesla, Volkswagen and its Chinese partner, SAIC Motor, as well as semiconductor and medical firms, according to a copy of the list seen by Reuters.

To prepare for the restart, Tesla has recalled workers to its Shanghai plant where they will need to live on site, in line with China’s “closed-loop management” process, two sources said.

SAIC Motor said it would start conducting stress tests on Monday on its own production resumption plans, while VW said it was evaluating the feasibility of resuming production at its joint venture with SAIC.

Separately, VW said on Monday its factories in the northeastern city of Changchun, which it runs via a joint venture with China’s FAW Group, have gradually resumed production as the city eases COVID curbs.

City official in Shanghai aim to stop the spread of COVID-19 outside quarantined areas by Wednesday, Reuters cited sources as saying on Sunday, an ambitious target that would allow further easing of its lockdown.

It is stepping up testing and the transfer of positive cases and their close contacts to isolation centers to meet that goal.

Shanghai’s lockdown and wider China curbs are taking a toll on the world’s No.2 economy during a key year for President Xi Jinping, who is expected to secure a third leadership term in the autumn.

Data for March released on Monday showed that consumption and employment suffered because of COVID curbs, with economists predicting a worsening overall economic outlook.

Shanghai is under pressure to deliver on China’s COVID-19 elimination strategy, which is being increasingly challenged by the highly infectious Omicron variant.

While the city has not given a timeline for how it will further ease restrictions after ending community spread outside quarantined areas, authorities have said reaching such a state is essential to ending movement curbs.

Last month, the city of Shenzhen reopened public transport and allowed businesses get back to work shortly after reaching a similar status.

But Jin Dongyan, a virologist at the University of Hong Kong, said it would be difficult for Shanghai to make sure by Wednesday that nobody outside centralized quarantined facilities in the city is free of COVID, given that the virus can spread faster than Shanghai can identify infections using PCR tests.

Shanghai on Monday announced a new round of daily PCR and antigen tests for residents in “sealed” and “controlled” areas from Monday to Thursday, urging cooperation.

Several residents have said that they and their neighbors have collectively refused to join queues for PCR tests, some out of weariness after multiple rounds and others out of fear of catching COVID while gathering for tests.

“We hope that the majority of our citizens will continue to cooperate as always … and achieve the goal of zero-COVID at community level as soon as possible, and allow normal production and life to resume,” Shanghai health official Wu Qianyu said.

Of 21,395 new local infections Shanghai reported for Sunday, 561 were found outside quarantine areas, down from 722 on Saturday, the third consecutive decline.

Shanghai also reported that three people infected with COVID-19 died on Sunday, the first time during the current outbreak that it reported deaths among coronavirus patients, all of them elderly and with underlying health conditions.

However, numerous Shanghai residents have said that a family member had died after contracting COVID-19 during the current outbreak, but that the cases had not been included in official statistics, fueling suspicion about the accuracy of data.

On Sunday, Shanghai officials revealed that as of April 15, only 62 percent of residents over 60 had been fully vaccinated, and only 38 percent had taken a booster jab. China has said that sticking to a “dynamic clearance” strategy is essential to protecting its elderly.

Shanghai has carried out more than 200 million PCR tests since March 10.

An unnamed executive at a listed pharmaceutical firm told the state-backed Shanghai Securities News on Monday that it was unclear how to transport goods, return orders or collect bills when resuming work, given the ongoing current curbs.

“These are real problems that the policy still needs to address,” the newspaper quoted the person as saying.