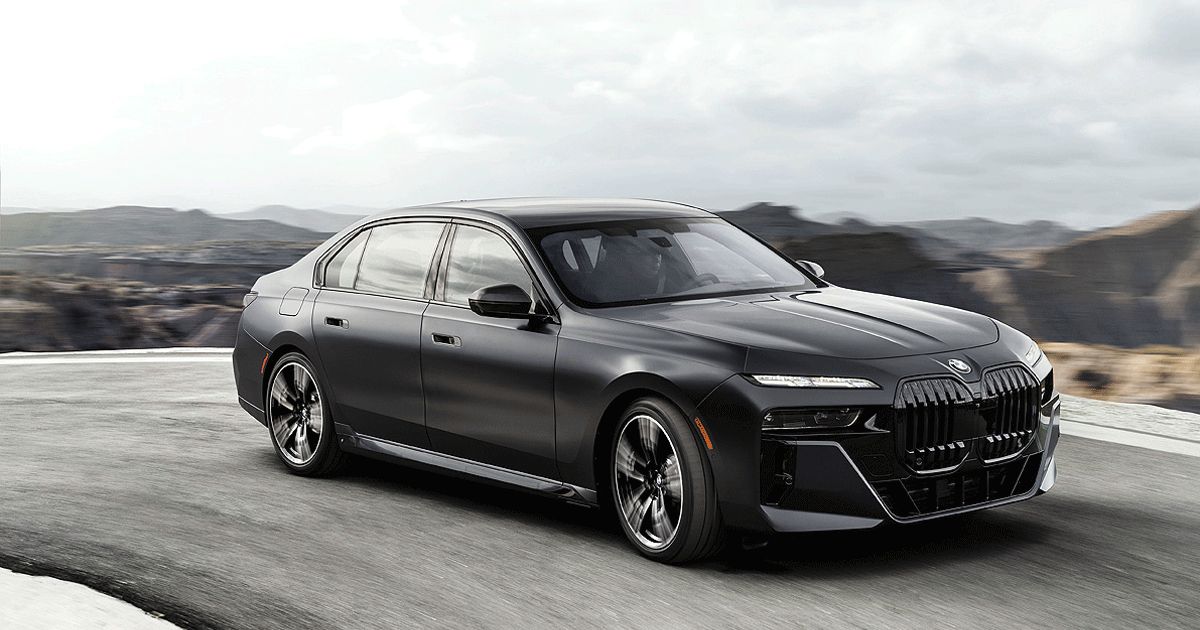 BMW‘s flagship sedan, the 7 Series, has been given an ultraluxury redesign, along with a full-electric version.

The all-electric version, called the i7, gives BMW a high-end competitor to its new luxury rival Tesla.

All drivetrains of the new 7 Series are based on a single architecture, the latest evolution of BMW’s rear-wheel-drive/all-wheel-drive CLAR platform, and have a similar body style.

The 7 Series will be rolled out in global markets starting November. In Europe, only the i7 will be available, with the 7 Series gasoline and diesel versions arriving later. The U.S. and China will get the i7 and 7 Series at the same time.

Zipse predicted that demand for the ICE model would be higher in the U.S., where there is less stringent regulation of carbon emissions than in Europe. “The markets in China, Europe and Americas developed quite differently,” Zipse said.

“In Europe you have a growing electric vehicle market for all brands. In the U.S. you have one brand that is super successful. It’s completely different,” he said. “The approach we’re taking to put flexibility first works much better.”

Spreading the development costs across internal combustion, hybrid, and electric variants makes the i7 potentially more profitable for BMW than building it on a dedicated EV platform, said Sam Fiorani, vice president at AutoForecast Solutions.

“Sharing so much with the 7 Series also makes the transition to the i7 easier for returning buyers who tend to be older and less likely to appreciate radical changes in their vehicles,” Fiorani said.

The seventh-generation 7 Series has grown in length, width and height. The wheelbase is longer, creating roomier rear seating. Unlike its predecessors, the new 7 Series will be available worldwide only as a long-wheelbase model that maximises space in the rear, BMW said.

The front of the new model is dominated by the optional illuminated BMW kidney grille.

Inside a free-standing curved display anchors the dashboard. It combines a 12.3-inch instrument cluster and a 14.9-inch center control display to form a single unit angled toward the driver.

The 7 Series has an in-dash lighting and control system. The BMW Interaction Bar, a backlit crystalline surface, extends across the width of the instrument panel and into the door panel trim. It houses touch-sensitive control panels to adjust ventilation and climate control, activate the hazard warning lights, and open the glove compartment. The interaction bar can use light animations to alert the driver to incoming phone calls.

While rear-seat passengers might not get the thrill of steering the so-called Ultimate Driving Machine, they get a lounge-like experience.

The Executive Lounge option includes a reclining function with integrated leg rest. The rear seat reclines up to 42.5 degrees, which, BMW said, “sets the benchmark in the segment.”

The automaker said that the leg rest design allows passengers to “perfect the relaxed resting position.” The calf support, which extends from the rear seat, is paired with a heel rest extending out from the back of the front passenger seat.

If “relaxed resting” isn’t your thing, the 7 Series features the “BMW Theater Screen” — a 31-inch, 8K resolution touchscreen display that moves out of the headliner to give rear passengers an immersive in-vehicle viewing experience. When activated, the system, which features Amazon Fire TV integration, is accompanied by an acoustic experience created by film composer and Academy Award winner Hans Zimmer.

The 7 Series and i7 have suite of sensors and cameras to deliver advanced driver assistance and smart parking functionality.

BMW said that the Highway Assistant, part of the optional Driving Assistance Professional Package, allows the driver to take their hands off the steering wheel when driving on highways at speeds up to 130 kph (80 mph).

The 7 Series and i7 will be equipped with Level 3 autonomous driving capabilities, but the carmaker is awaiting permissions from regulators to enable the feature – likely to take around 1-1/2 years in Europe, a BMW spokesperson said.

With the new models, BMW’s signature twin circular headlights are re-interpreted as a two-piece split headlight design. The slim strip of lights set high up in the front end integrate daytime driving lights, side marker lights, and turn indicators. The low-beam and high-beam headlights are positioned in the dark lower units set deep into the front apron.