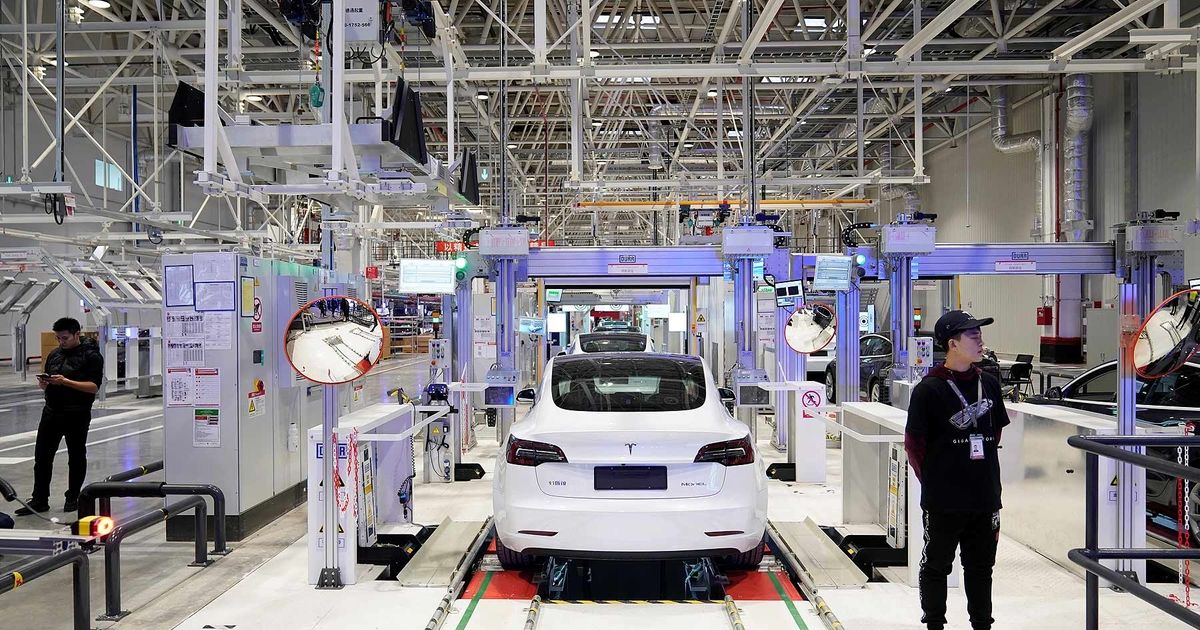 Even those companies in China whose factories are operating under so-called closed-loop systems might be forced to stop work due to parts shortages or logistical challenges that make moving people and goods around the country near impossible, a European chamber of commerce has warned.

“A few companies are running in closed-loop production now. Those companies are facing challenges and may shut down very soon due to lack of logistics and workers,” Maximilian Butek, chief representative at the Delegation of German Industry & Commerce in Shanghai said in a LinkedIn post Monday. “Their workers for closed-loop production have been working for more than three weeks and need to be replaced.”

Butek added that most of his association’s members can’t “have production sites running since they cannot get raw materials delivered and cannot deliver their products to their customers. The logistics in Shanghai is not working.”

Officials in China’s financial hub have been encouraging companies to restart output that was halted due to the city’s strict Covid-19 lockdowns by using closed-loop systems in which workers live on site at their factories. While some, like Tesla Inc. and Quanta Computer Inc., which makes laptops for Apple Inc., have restarted operations, the experience hasn’t been all smooth.

Tesla only has inventory for a bit more than two weeks based on its new closed-loop schedule, a person familiar with the matter said, while workers locked in Volkswagen AG’s Shanghai factory don’t have sufficient supply of the auto parts needed to make cars.

Kathy Liu, Dimerco’s director of global sales and marketing, said prior to the city’s lockdown, around 1,000 shipments could arrive per day and about 80 percent would be picked up by truck. But because there aren’t enough trucks to fetch goods, that pick-up rate has slumped to just 10 percent.

“There are more and more shipments accumulating at the warehouse or at the freight forwarders bonded warehouse,” Liu said. “So that’s caused a lot of problems because we don’t have enough space to store all those pending shipments but they keep arriving.”

The pain point remains cross-provincial road transportation and the different restrictions and health requirements imposed locally, leading to truck drivers having to manage an array of policies. Dimerco said truckers wanting to move between Shanghai and Jiangsu province to the north were having to typically wait between two and three hours each time to undertake Covid tests.

Earlier this month, the central government instructed highways be kept open and unobstructed. The Ministry of Transport ordered no Covid testing checkpoints be set up so the main lanes of highways remain smooth. Other logistical problems still exist causing delays, according to Dimerco.

“A lot of truck drivers see the potential risk, so they’re not willing to take the orders for these routes,” said Liu. “This is a very challenging period not only for us, but also for those like couriers or online e-commerce companies.”

Dimerco has only managed to keep its Shanghai warehouse open by allowing staff to sleep in the facility since March 28.

The supply and logistics problems aren’t contained to Shanghai. Butek said the delegation’s companies in the Yangtze River Delta had found logistics aren’t working there either “since different cities have different rules.”

“For technical staff, which need to execute quality assessments or maintenance of machines in other parts of China, it is almost impossible to commute or travel,” he said.

“Customers might turn to other sources in China if the situation doesn’t change soon,” he added.