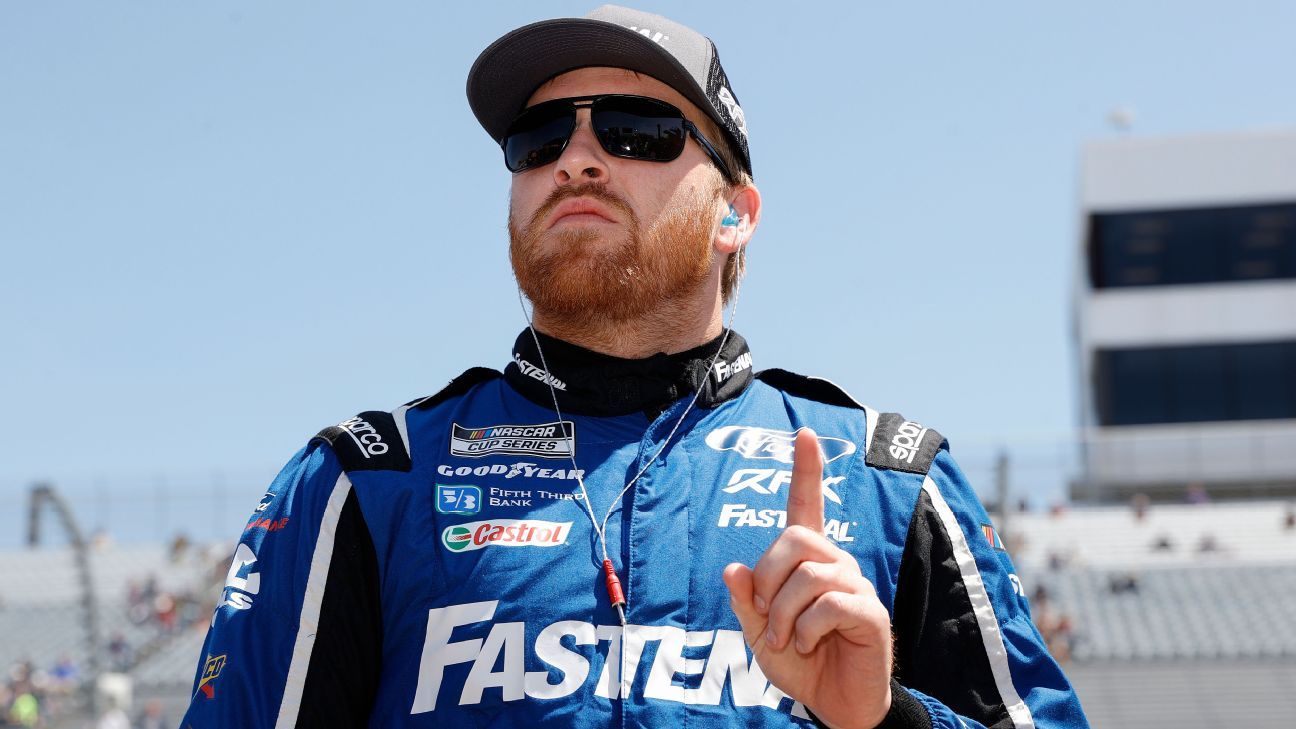 The RFK Racing driver will be joined on the front row by Denny Hamlin, who was ordered this week by NASCAR to begin sensitivity training after he posted an anti-Asian meme.

“Pretty cool of RFK to get our first pole,” Buescher said. “It’s a pretty cool start for us.”

Buescher also earned the first pole for RFK Racing in the No. 17 Ford. Brad Keselowski left Team Penske in November for an ownership stake in Jack Roush’s organization, forging a new partnership. Keselowski and Buescher opened strong for RFK Racing when they won the 150-mile qualifying races at Daytona International Speedway in February.

It’s been a bit of a rough ride over the past two months.

Keselowski was rocked last month with crushing penalties for illegal modifications made to his Ford, and Buescher hasn’t finished better than 15th in his any of his past four NASCAR Cup races. Buescher has only one career win over 232 career Cup starts.

“It’s been a long time coming,” Buescher said. “We’re slowly and steadily building up through the season. It’s not the race. We have a lot of laps left to go. But a heck of a start.”

Kyle Larson and Chase Elliott for Hendrick Motorsports start third and fourth in Chevrolets. Ryan Blaney rounds out the top five for Sunday’s race on the mile concrete track.

Hamlin, a three-time Daytona 500 winner who drives a Toyota for Joe Gibbs Racing, shrugged off a messy week to go 159.744 mph in the No. 11 Toyota and starts second. Hamlin posted an anti-Asian meme from the television comedy “Family Guy” that criticized Larson’s driving on the last lap at Talladega Superspeedway last weekend.

“I think if you historically look back to my performance to distraction, it correlates to a pretty good weekend,” Hamlin said. “I’d probably bet on us if I were you.”