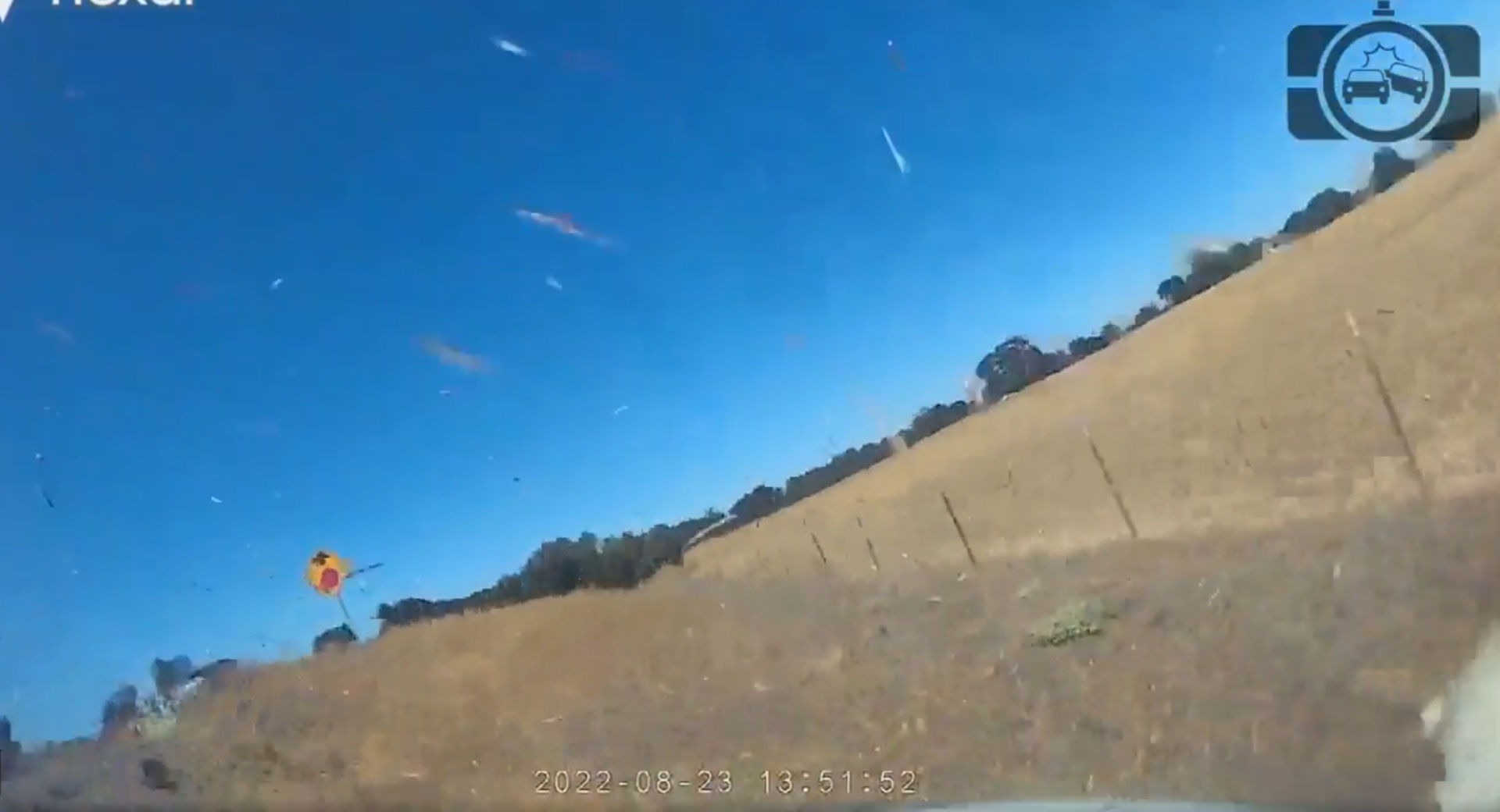 Road rage is a serious problem with occasionally deadly results. Thankfully, that’s not the case this time around but an accident could have been avoided if a driver simply took things in stride.

As you can see in this clip uploaded to Reddit, the driver in the dashcam-equipped vehicle is apparently traveling on a highway in Galt, California.

There’s a fair amount of traffic and an impatient Chrysler 300 driver cuts off the person in the dashcam-equipped vehicle. This causes them to drive on the shoulder and temporarily lose control. Thankfully, they were able to recover and return to the roadway.

Up until this point, it’s clear the Chrysler 300 was in the wrong. However, that’s about to change as the driver in the dashcam-equipped vehicle cuts across the roadway to chase after the 300 in an apparent fit of road rage. The driver speeds up an exit ramp, crosses over the lane markings, and gets close to catching up to the Chrysler.

This is where things quickly take a turn as the driver was going too fast and drove their car right off the roadway. The vehicle then goes down an embankment and crashes into a fence. The footage ends shortly thereafter, but it’s followed by a wild ‘explanation’ that is bound to cause disbelief.

While there’s no guarantee this was part of the original video, as the clip appears to be sourced from an edited crash compilation, it claims the driver of the dashcam-equipped vehicle stopped on the highway (they didn’t) and sped off to avoid causing a pileup.

That’s pretty dubious and the message goes onto claim that after recovering from the accident, they got back on the road and ended up crashing into a tree head-on. It also claims the “highway patrol guy was rude and tried to put the blame on me.”

We’re taking the text with a grain of salt and a hefty dose of skepticism, but it’s clear all the drama after the initial cut off could have been avoided.