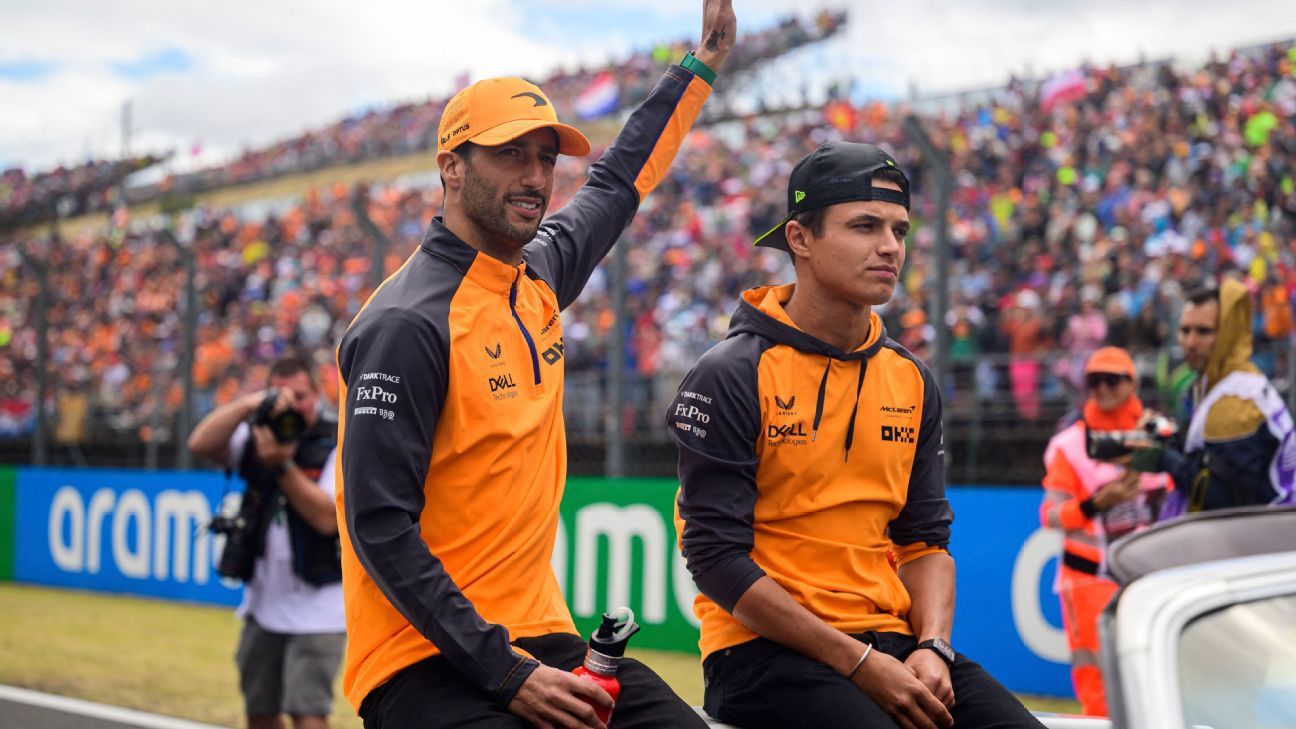 ZANDVOORT, Netherlands — McLaren’s Lando Norris has denied suggestions of a rift between himself and outgoing teammate Daniel Ricciardo.

Comments made by Norris after Ricciardo’s exit was confirmed by McLaren caused a big backlash on social media last week.

Norris said he had no sympathy for the struggles Ricciardo had encountered with McLaren’s car since joining in 2021.

Within the F1 paddock there are no suggestions of a fall-out between the pair. Although it took a little while for the partnership to gel at the start of 2021, they are known to get along very well now.

Norris, 22, said it is natural that he and Ricciardo, 33, have different interests away from F1.

“I want to be friends with as many people as possible and similar to how I am now with Daniel,” Norris said.

“We get on really well. For some reason people think otherwise, but this is completely untrue.

“We have a lot of fun together, we spend a lot of time together. But just things are different — just because he’s a bit older and he’s into different things.

“He’s not into playing golf and so on. So therefore, you don’t see it as much on social media and whatever.

“But I think our friendship is good and the respect we have for each other, and I’m pretty sure that will continue into the future.”

Ricciardo is yet to confirm his next step after McLaren. It is looking increasingly likely he will take a year off from F1, with Alpine chasing Pierre Gasly to fill the seat Oscar Piastri did not want to take from them.